MLB claps back at MLBPA for questioning integrity 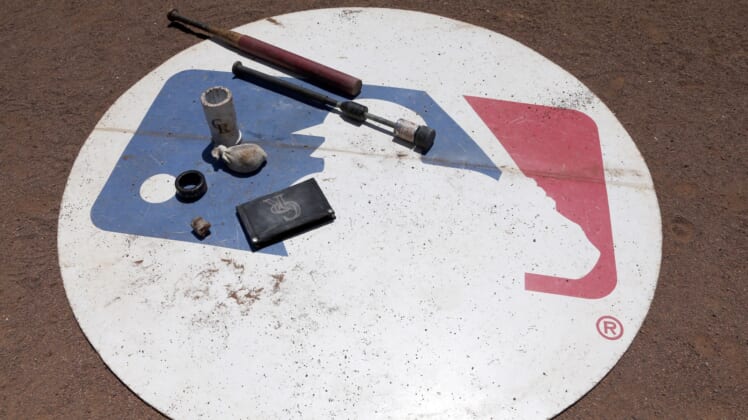 With spring training just around the corner, it’s clear that there’s a gap between MLB and its players. Recent comments made by executive director to the players union Tony Clark, as well as the league itself, have made that clear.

Clark spoke out about the number of top free agents that remain available, a pool that includes (among others) J.D. Martinez, Yu Darvish, and Jake Arrieta.

“Pitchers and catchers will report to camps in Florida and Arizona in one week,” Clark said, per ESPN’s Jerry Crasnick. “A record number of talented free agents remain unemployed in an industry where revenues and franchise values are at record highs. … Spring training has always been associated with hope for a new season. This year a significant number of teams are engaged in a race to the bottom. This conduct is a fundamental breach of the trust between a team and its fans and threatens the very integrity of the game.”

MLB responded with a statement of its own. In it, the league noted that many of the players remain unsigned because they rejected significant offers.

There is a gap here, and it’s not a small one. A boycott of spring training is not in the offing. The MLBPA has said as much in no uncertain terms.

But these statements read as more than just public relations posturing. These seems to point to a real disconnect between the teams and the players. As such, while a spring training work stoppage may not be coming, one could well be coming down the road if these fences aren’t significantly mended.