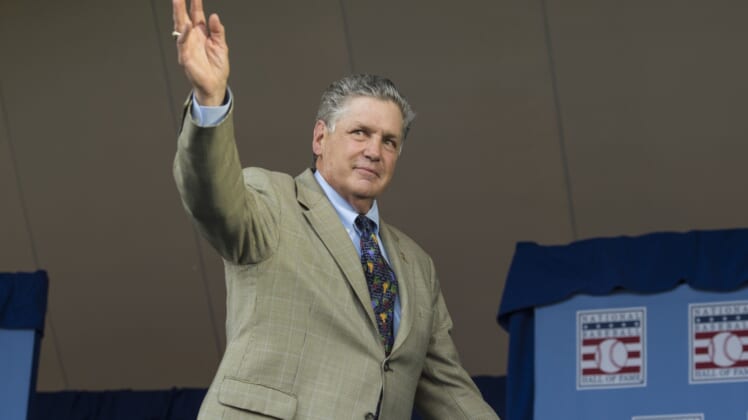 Tom Seaver is a MLB legend who brought joy and excitement to so many during his career. Now he’s sadly retiring from public life after being diagnosed with dementia.

The Seaver family released a brief statement, shared by Anthony DiComo of MLB.com, which reads, “The family is deeply appreciative of those who have supported Tom throughout his career … and who do so now by honoring his request for privacy.”

It’s a sad day for the Mets and the MLB community as a whole.

During his legendary career, which spanned more than two decades, Seaver was a 12-time All-Star, a three-time Cy Young winner, a five-time N.L. strikeout king, and a three-time ERA and wins leader. Seaver also threw a no-hitter in 1978 and finished his career with a record of 311-205, ERA of 2.86 and 3,640 strikeouts.

Tom Terrific was inducted into the National Baseball Hall of Fame in 1992 with the highest percentage of votes at that time in MLB history.

Seaver is in our prayers at this time, along with his family and friends.