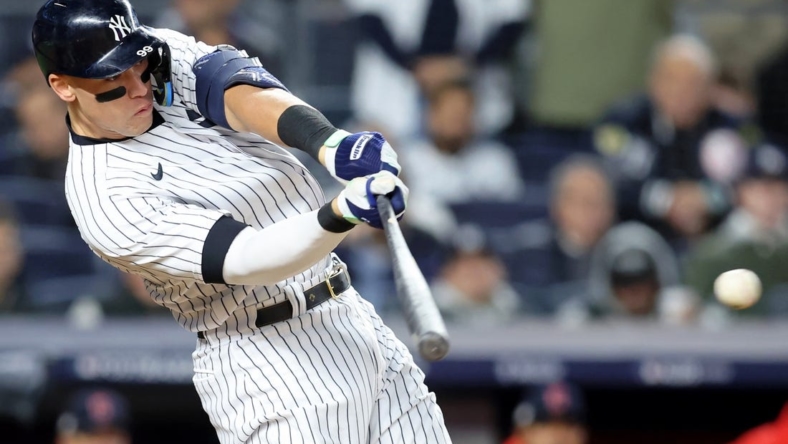 Give credit to the Cleveland Guardians, Seattle Mariners and Tampa Bay Rays, all of whom forced their way into the 2022 postseason party with a 26-man payroll of less than $90 million, according to Spotrac.

The reality is that six of the eight teams in this year’s division series ranked among the nine-highest spending clubs. And for all of the talk about the underdog Philadelphia Phillies making a surprise run to the World Series, they had the fourth-highest payroll in the sport.

As the MLB spending season approaches, including the biggest holiday shopping season of all from Dec. 4-7 at the winter meetings at San Diego, some difference-makers are available… they just come with a steep price.

The offseason free agent class is all about the shortstops, with MVP-type players galore. Carlos Correa heads the list after his one season with the Minnesota Twins, while the Los Angeles Dodgers’ Trea Turner and the Atlanta Braves’ Dansby Swanson also are available. The class only gets better if the Boston Red Sox’s Xander Bogaerts opts out of his contract, as expected. And the Chicago White Sox have a club option on Tim Anderson. Expect Correa to command top dollar after just turning 28 with an impressive track record that includes a career .836 OPS.

The most desired free agent acquisition of them all could be New York Yankees outfielder Aaron Judge, who has the perfect storm of bidding-war scenarios after his 62-homer season. His own big-spending club wants to sign him and so do the big spenders across town, the New York Mets. Then there are his regional prospects, as the California kid has interest from the San Francisco Giants and the Los Angeles Dodgers. Judge is pushing $40 million per season in market value. The Mets’ Brandon Nimmo, the San Diego Padres’ Jurickson Profar and the Yankees’ Andrew Benintendi also will garner plenty of interest.

Proven stars such as the Mets’ Jacob deGrom, the Dodgers’ Clayton Kershaw and the Houston Astros’ Justin Verlander all can be had for a price, but with risk attached at the advanced stages of their careers. Injuries have plagued deGrom and Kershaw in recent seasons, but both have delivered when healthy. Verlander emerged from Tommy John surgery to turn back the clock in 2022 at the age of 39. Younger options do exist, although they lack star power: Taijuan Walker, Jameson Taillon and intriguing left-hander Carlos Rodon, who turns 30 in December and could have the most value on the market.

Rare is the catcher who is also a major run-producer, yet value remains in the player who can guide a pitching staff, deliver with the glove and provide some offense. The Cubs’ Willson Contreras was supposed to have departed Chicago at the trade deadline, but an emotional sendoff never materialized. Now it is Contreras’ turn to have a more measured departure, as he could exit to join a contender. A dearth of elite catchers gives Contreras’ availability more value. Although they have far less of an upside, Gary Sanchez and World Series no-hit catcher Christian Vazquez are available.

BEST OF THE REST

Josh Bell is expected to command too much on the open market for the Padres to retain him at first base, while the White Sox are expected to move on from former American League MVP Jose Abreu. Now 35, Abreu has unquestioned leadership skills. Adam Frazier and Jean Segura lead the crop at second base, although Segura still has a club option. Brandon Drury leads the group at third base, with Justin Turner (club option) possibly available as well. Expect the Mets to retain closer Edwin Diaz, but not before the Dodgers make a run at him to fill their need at the back end of the bullpen.