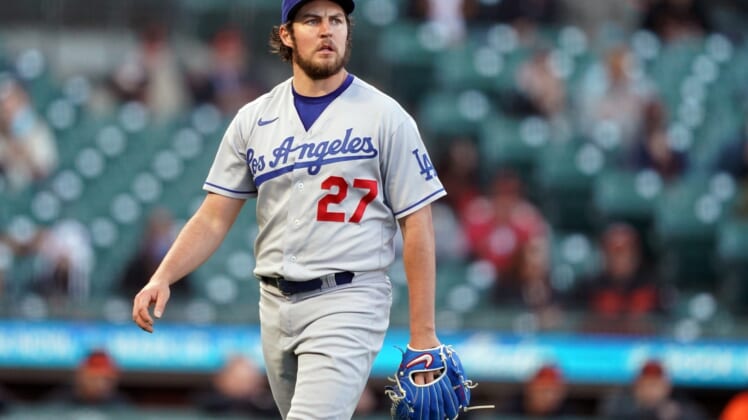 Trevor Bauer had his ongoing administrative leave extended one week by Major League Baseball on Friday, preventing the right-handed pitcher from joining the Los Angeles Dodgers for spring training in Phoenix.

Bauer was placed on leave last season after sexual assault allegations surfaced in late June. Last month, the Los Angeles District Attorney’s Office elected not to file charges in the case, but the ruling did not eliminate the possibility of continued discipline by the league.

Friday’s move to extend Bauer’s leave was done in conjunction with the MLB Players Association.

Bauer did not pitch after June 28, once allegations revealed an aggressive sexual encounter with a woman that was alleged to have caused injuries. The Pasadena (Calif.) Police Department launched an investigation while MLB placed Bauer on leave, then extended it multiple times throughout the season, including the playoffs.

An initial ruling in August dissolved a restraining order that was filed by the woman who made the assault allegations.

The Dodgers have yet to indicate if Bauer will be welcomed back if and when his MLB leave is lifted.