MLB Commissioner says retaliation against the Astros won’t be tolerated 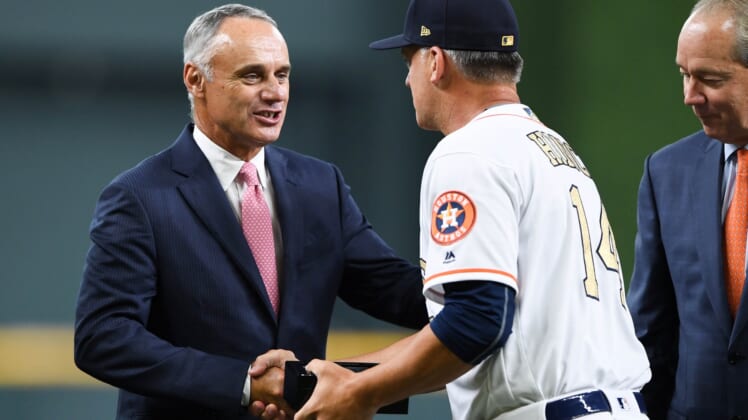 Drama has engulfed the Major League Baseball world more now than at any point since the Steroids Era.

It obviously has to do with the Houston Astros stealing signs and the “harsh punishment” that has come with it.

Most recently, rival players have attacked one another on a near never-ending loop. The targets have been Astros players themselves.

With Spring Training getting going, this drama has not died down. There have been some who suggest other MLB teams will attempt to retaliate on the diamond this season. Could that include Astros players being thrown at?

According to MLB Commissioner Rob Manfred, that will not be tolerated.

This is perfectly fine to say without providing context.

How would MLB enforce penalties if this were to come to fruition? What if the other 29 MLB teams decide that retaliation should be the name of the game? We’re not sure how the league would respond.

In any event, Manfred has made it clear that retaliation will not be tolerated. Whether that changes anything remains to be seen.