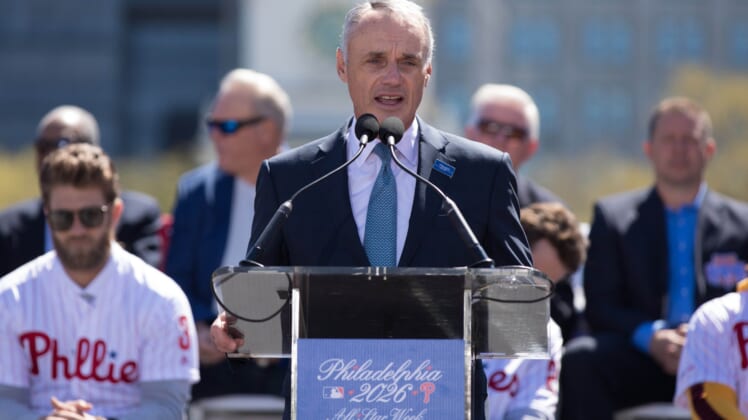 Time is running out for Major League Baseball and its players to come to terms on an agreement to start the season. At this point, a financial rift exists between the two sides. However, there might be some good news on this front.

What the term productive means here is anyone’s best guess. At this point, the two sides actually sitting down and talking is a good sign.

It was just this past weekend that MLBPA Executive Director Tony Clark called for an end to negotiations after the players declined the league’s most-recent offer.

This is the biggest question right now. A ton of star players have gone on record telling the league to let them known when to report and where to go.

This comes with Manfred himself potentially set to exercise his ability to force players back on the diamond for what would be about a 50-game season. That wouldn’t necessarily be the best-case scenario. It wouldn’t be the worst-case scenario, either. That last scenario includes the 2020 season being canceled altogether.

Where does MLB and its players go from here?

At the very least, it seems like the lines of communication is open between the two sides. Even more so than the ongoing COVID-19 pandemic, the overriding issue here has been a financial split between owners and the players.

The players already agreed during the spring to take prorated salaries. Owners now want them to include a revenue share plan that would further lower player pay. The hope before was that the season would start at some point in early July. That’s extremely unlikely at this point.

Rather, it’s all about Opening Day starting at some point in August. This is the best-case scenario.