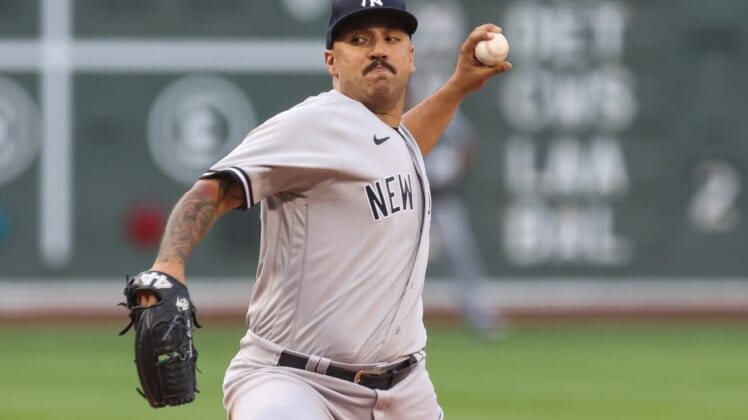 Major League Baseball revealed the complete rosters for the MLB All-Star Game on Sunday, with the New York Yankees sending a majors-best six players to Los Angeles for the game July 19.

After the starting lineups were revealed Friday night, MLB announced the pitchers — including New York’s Gerrit Cole, Nestor Cortes and Clay Holmes — and reserves who would join them at Dodger Stadium.

Starters were decided by fan voting, while pitchers and reserves were determined by a combination of players’ votes and commissioner Rob Manfred’s selections.

Yankees catcher Jose Trevino joined starting outfielders Aaron Judge and Giancarlo Stanton and the trio of pitchers representing New York. Behind the Yankees, the Houston Astros and Atlanta Braves each had five selections.

Sandy Alcantara of the Miami Marlins tallied 338 votes, most of any pitcher, and will represent the National League team along with Milwaukee’s Corbin Burnes (206), San Diego’s Joe Musgrove (179), Atlanta’s Max Fried (175) and the Los Angeles Dodgers’ Tony Gonsolin (151).

Josh Hader of the Brewers (255), Edwin Diaz of the New York Mets (126) and Ryan Helsley of the St. Louis Cardinals (99) were the players’ choices for NL relief pitchers.

According to MLB, 30 players were named first-time All-Stars for the fourth straight season. The youngest of the group was 21-year-old Julio Rodriguez, a rookie outfielder for the Seattle Mariners selected by the commissioner’s office.

MLB previously announced that Cardinals slugger Albert Pujols, who will retire after this season, and Detroit Tigers star Miguel Cabrera, who reached 3,000 career hits earlier this year, will head to the All-Star Game as commissioner’s picks.

Los Angeles Angels star Shohei Ohtani, who was also one of MLB’s selections at pitcher, was previously named the AL’s starting designated hitter by the fan ballot. As a result, MLB made an extra selection at pitcher and named Framber Valdez of the Astros to the AL team.

*Harper is injured and will be replaced on the NL roster.