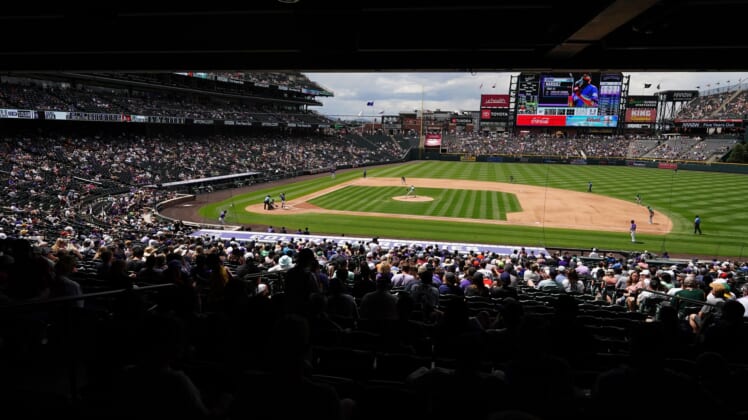 Four suspects were arrested in a hotel just outside of Coors Field after police received a tip that may have prevented a “Las Vegas style” shooting near the MLB All-Star Game.

A maid working at the Maven Hotel, walking distance from Coors Field, discovered a ‘bunch of guns laid out” on a bed, according to The Denver Post. The hotel immediately notified law enforcement in Denver, who told FOX 31 that the intel allowed them to conduct a search on the room.

Law enforcement, including SWAT personnel, arrived on the scene and search a room on the eighth floor. Denver 7 reported, via multiple police sources, that 16 long guns, body armor and more than 1,000 rounds of ammunition inside a room overlooking the downtown area. Witnesses also said a room on the fourth floor was searched.

Denver police feared, based on the weapons, ammunition and location of the room, that a “Las Vegas style shooting” was the intention. Three men and one woman were arrested Friday night, with police also impounding two vehicles that will be processed.

According to local reports, one of the suspects arrested posted a Facebook message referencing their decent divorce and saying they would “go out in a big way.”

The MLB All-Star Game was moved out of Atlanta in April and the league ultimately settled on Coors Field in Denver, Colorado as the hosting site.

There were already increased crowd sizes in the area with All-Star Weekend festivities beginning Sunday with the Futures Game. The 2021 MLB All-Star Game is scheduled for Tuesday at 7:30 PM EST.

While law enforcement doesn’t believe the All-Star Game was the specific target, the festivities around baseball’s Midsummer Classic are bringing thousands of people from across the country to downtown Denver.