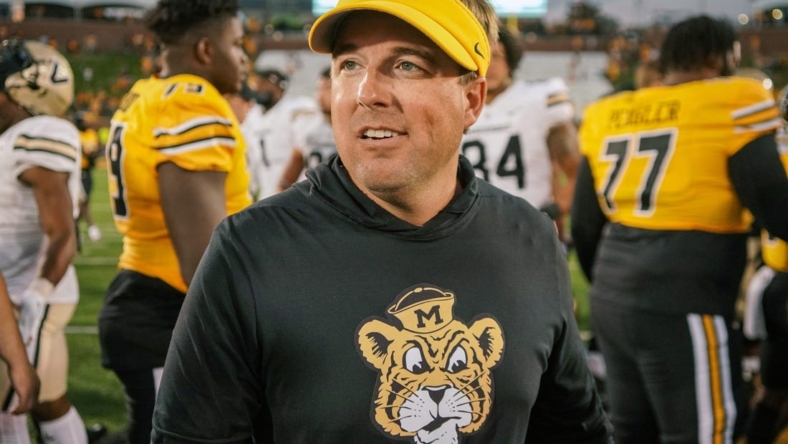 Drinkwitz is in his third season with the Tigers and owns a 15-16 record, including 4-4 this season.

The university’s Board of Curators voted 7-0 to approve the extension, athletic director Desiree Reed-Francois said. Financial terms were not released.

“My family and I want to thank the Board of Curators, President (Mun) Choi, and AD Reed-Francois for their faith in me as a coach and leader,” Drinkwitz said in a news release. “You can’t do this alone, and our players, coaches and staff have worked their tails off and stuck with the process as we’ve built this program. We feel strongly about our trajectory and are proud to represent our state’s flagship institution. We are grateful for the investment in our program from the administration and excited about the future of Mizzou Football!”

Drinkwitz led Missouri to the Armed Forces Bowl last season. His teams are 10-13 in Southeastern Conference play, including 2-3 this season entering Saturday’s game against Kentucky (5-3, 2-3) in Columbia, Mo.

Drinkwitz, 39, guided Appalachian State to a 12-1 record in 2019 before being hired at Missouri to replace Barry Odom.