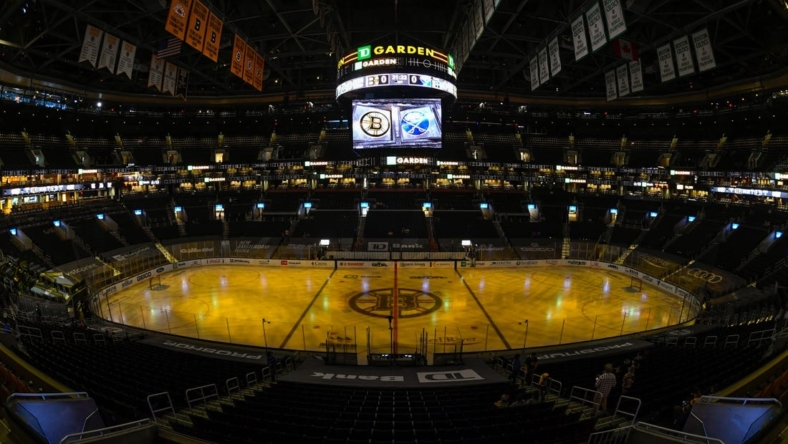 Defenseman Mitchell Miller signed an entry-level contract with the Boston Bruins on Friday and issued an apology for bullying in his past.

The Arizona Coyotes drafted Miller in the fourth round in 2020 but renounced his draft rights that October after allegations surfaced that he had bullied a Black classmate with developmental disabilities as an eighth-grader.

“I bullied one of my classmates,” he said Friday in a statement released by the Bruins. “I deeply regret the incident and have apologized to the individual. Since the incident, I have come to better understand the far-reaching consequences of my actions that I failed to recognize and understand nearly seven years ago. I strive to be a better person and positively contribute to society.

“As a member of the Bruins organization, I will continue to participate in community programs to both educate myself and share my mistakes with others to show what a negative impact those actions can have on others. To be clear, what I did when I was 14 years old was wrong and unacceptable. There is no place in this world for being disrespectful to others and I pledge to use this opportunity to speak out against mistreating others.”

Miller, who grew up in Sylvania, Ohio, played with the Tri-City Storm of the USHL in 2021-22 and registered 83 points (39 goals, 44 assists) and a plus-43 rating in 60 games. He swept the league’s Player of the Year and Defensive Player of the Year awards.

Bruins president Cam Neely said the organization did its due diligence before signing Miller.

“Representing the Boston Bruins is a privilege we take seriously as an organization,” Neely said. “Respect and integrity are foundational character traits we expect of our players and staff.

“Prior to signing Mitchell, our Hockey Operations and Community Relations groups spent time with him over the last few weeks to better understand who he is as an individual and learn more about a significant mistake he made when he was in middle school. During this evaluation period, Mitchell was accountable for his unacceptable behavior and demonstrated his commitment to work with multiple organizations and professionals to further his education and use his mistake as a teachable moment for others. The expectation is that he will continue this important educational work with personal development and community programs as a member of the Bruins organization.”