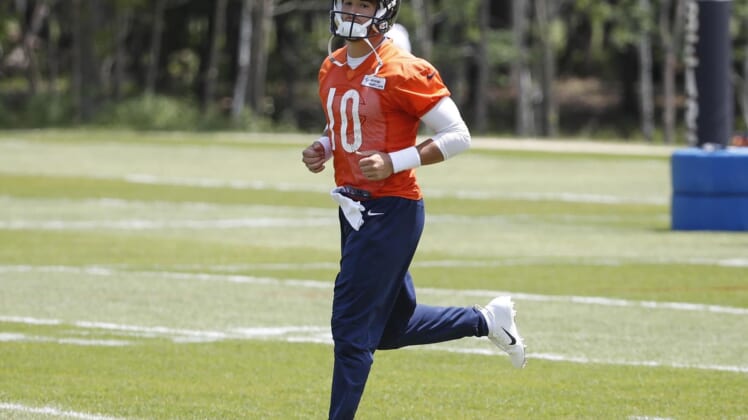 Mitch Trubisky didn’t look all that comfortable last Thursday in the two drives he played against the Cincinnati Bengals, and apparently that’s something that’s been happening in practice during training camp as well.

According to Rich Campbell of the Chicago Tribune, Trubisky has endured “expected growing pains as he learns Nagy’s quarterback-intensive scheme.” He has also had issues with turnovers throughout camp.

“The second-year quarterback was uneven throughout camp as he wrestled with Nagy’s scheme. He averaged about two interceptions per day through the first 10 practices,” wrote Campbell.

None of this means that Trubisky is going to be terrible once the regular season opens up. Training camp is meant to be instructive and help players progress, and mistakes are commonplace for even the best in the business.

That being said, turnovers are killers. And if Trubisky continues to turn the ball over at this type of rate once the season begins, then he and the Bears will have a tough time winning many games in 2018.