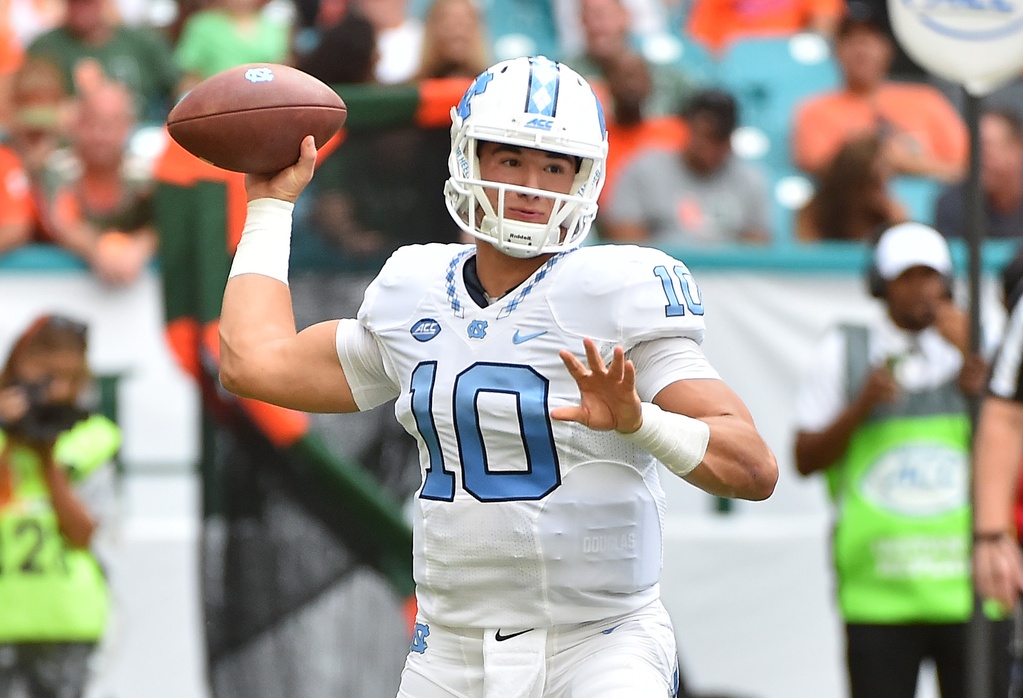 Clemson’s Deshaun Watson has been underwhelming this season. Texas Tech’s Pat Mahomes being questioned as a scheme quarterback. The one key riser at the quarterback position for the 2017 draft class might surprise you — North Carolina’s Mitch Trubisky.

Trubisky, a fourth-year junior from Mentor, Ohio has thrown for 28 touchdowns and just four interceptions on the year, leading the Tar Heels to an 8-4 record and an impending bowl berth.

Per Bleacher Report’s Jason Cole, Trubisky is considered the odds-on favorite to be the top quarterback prospect in the 2017 NFL Draft. The scouts Cole sourced say Trubisky “may come out for the draft this year because his stock is so high.”

Since Trubisky is only a junior, he would have to forego his last season of eligibility to enter the NFL Draft. Trubisky has a “strong chance to play for the Cleveland Bros if he comes out,” per the report.

The Browns are currently in the lead to land the top pick in the draft with a winless record and are starving for talent at the quarterback position.

Picking a hometown hero in Trubisky, who grew up just 25 minutes from FirstEnergy Stadium, would revitalize interest in the floundering franchise.

Still, the Browns would have a tough decision if both Trubisky and Texas A&M star edge rusher Myles Garrett both enter the draft. Garrett is seen as the best pass rusher to enter the draft since Jadaveon Clowney in 2013, and the Browns are starving for talent at every position on the roster outside of left tackle.

While no one wants to be part of a winless team, the Browns are in the enviable position of being able to have their pick of any player in the draft, and are clearly hoping to knock it out of the park.