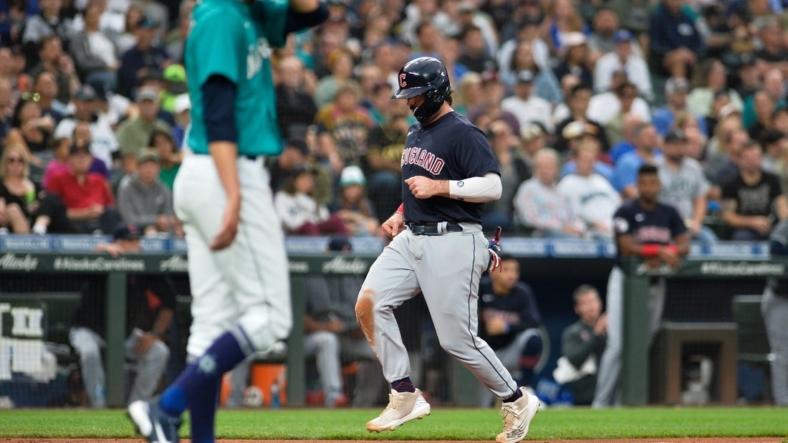 Mitch Haniger led off the bottom of the 11th inning with a line-drive single to right field, scoring Dylan Moore from second base, as the Seattle Mariners defeated the visiting Cleveland Guardians 3-2 Friday night.

Penn Murfee (4-0) got out of a bases-loaded jam in the top of the inning to earn the victory, the Mariners second in a row against Cleveland. The Guardians’ Emmanuel Clase (2-3) took the loss.

It was a playoff atmosphere at T-Mobile Park, with both teams scratching out runs.

The Guardians broke a scoreless tie in the third inning. Austin Hedges led off by lining a double to center field. He advanced to third on Myles Straw’s line out to right and scored on Steven Kwan’s sacrifice fly just shy of the warning track in straightaway center.

Seattle tied it in the fifth. Carlos Santana grounded a leadoff single into center and took second on Adam Frazier’s sacrifice bunt, with Frazier reaching on third baseman Tyler Freeman’s error. Both runners advanced on Cal Raleigh’s foul out down the left-field line — Kwan made the catch while diving into the stands — and J.P. Crawford brought Santana home with a sacrifice fly to center.

Cleveland regained the lead in the sixth. Kwan lined a leadoff single into left and Amed Rosario grounded the next pitch through the left side of the infield. Kwan took third as Jose Ramirez lined out to right and Josh Naylor followed with a sacrifice fly to right to make it 2-1.

The Mariners tied it again in the seventh on another sacrifice fly. Eugenio Suarez grounded a single to left and Santana roped a single to right, sending Suarez to third. Frazier’s fly ball to center made it 2-2.

The Mariners’ Logan Gilbert gave up two runs on eight hits in 6 1/3 innings. He didn’t issue a walk and fanned two.