Missouri to rely on aggressive defense vs. Houston Christian 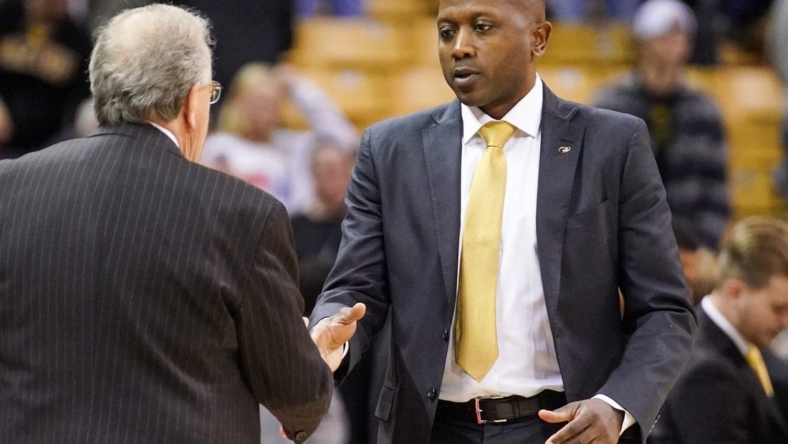 Missouri will conclude the team-building portion of its schedule Saturday when it hosts Houston Christian in Columbia, Mo.

“I give my guys all the freedom in the world offensively,” Gates said. “They have no freedom defensively.”

“Defense leads to shooting,” forward Kobe Brown said. “The more defense we play the more shots we get. It all goes hand in hand.”

In an 89-51 victory over Coastal Carolina on Wednesday, the Tigers forced 27 turnovers and turned them into 32 points. Their 16 steals turned into 28 fast-break points.

Isiaih Mosley led the Missouri Valley Conference in scoring the previous two seasons at Missouri State, but he needed time to fit in at Missouri. After scoring 18 points in his first three games, he scored 41 points in 42 minutes in his last two.

“I’m definitely excited about his growth,” Gates said. “And what I’ve taught him is no different than what I explained to him during the recruiting process. I’m going to push you on defense. I think you have more to give defensively.”

The Tigers have five players averaging double figures in scoring this season, led by D’Moi Hodge at 17.2.

Missouri is catching Houston Christian (1-5) in the midst of a rebuilding process. The Huskies are working to overcome the loss of star player Darius Lee, who was shot and killed in New York City over the summer.

“He was our leading scorer, leading rebounder, leading assist guy, leading steals guy,” Houston Christian coach Ron Cottrell said. “I mean you could go down the list of all the things he was able to do for us on the basketball court.”

Rice honored Lee on Monday by hosting the Darius Lee Classic against Houston Christian in a game the Owls won 76-67.