Missouri starts fast, holds on to knock off Penn 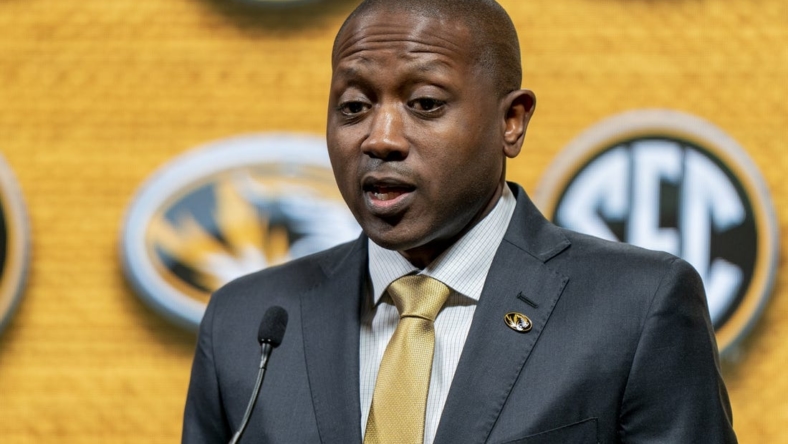 Missouri hit 16-of-35 shots from 3-point range and scored 29 points off of turnovers. Hodge, Honor and Gomillion had three steals each.

The Tigers grabbed 12 offensive rebounds, including seven by Carter, to earn second opportunities.

Missouri raced to a 12-0 lead less than two minutes into the game on 4-for-4 shooting from 3-point range. Brown hit his first two shots from beyond the arc and Carter and Hodge also connected.

Carter started the game 3-for-3 from 3-point range as the Tigers pushed out to a 20-7 lead.

But Missouri cooled off and the Quakers responded with a 14-0 run to take a 21-20 lead. The run started when Charles hit a 3-pointer and Slajchert hit a jumper and a trey.

Charles knocked down consecutive 3-point jumpers as Penn pushed its advantage to 32-25.

Missouri stepped up its defensive pressure late in the first half and finished with an 11-3 surge to take a 43-41 lead. Hodge started that rally with a traditional 3-point play in transition, then added to the rally with a 3-point jumper.

Slajchert hit two free throws to tie the game at 43 at halftime.

The Tigers continued their defensive pressure in the second half while moving out to a 54-48 lead. Gomillion hit a 3-point jumper to cap an opening 11-5 run by the Tigers.

The Quakers stayed close and tied the game at 67-67 on a drive by Slajchert. But Gomillion got the Tigers rolling toward an 83-71 lead with a 3-point jumper, two free throws and a second-effort lay-up.

Penn got no closer than seven points after that.