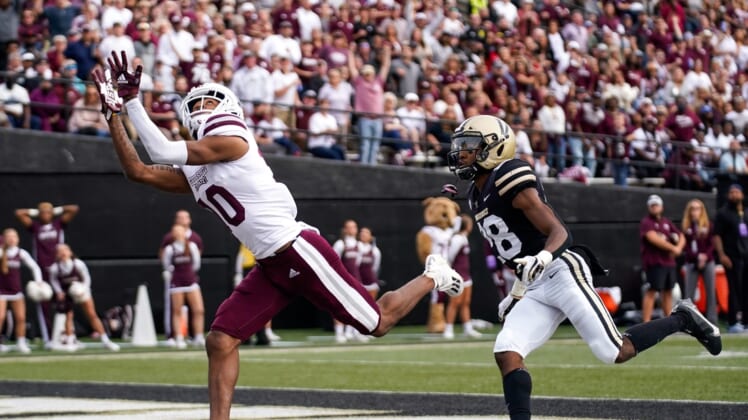 Mississippi State receiver Makai Polk announced Sunday that he is declaring for the NFL draft.

The transfer from Cal thrived in the offense ran by coach Mike Leach and the tutelage of receivers coach Steve Spurrier Jr.

“I am so thankful and appreciative for Coach Steve Spurrier and Coach Mike Leach for giving me the opportunity to play in the SEC with Mississippi State University,” Polk wrote in his announcement on Twitter. “Also a big shout out to my teammates as I have decided to declare for the 2022 NFL Draft and pursue my next goal and dream of playing at the professional level in the National Football League.”

Polk had just 36 catches for 478 yards and three scores in 12 games over two seasons at Cal.