Mississippi State out to develop finishing kick vs. Georgia State 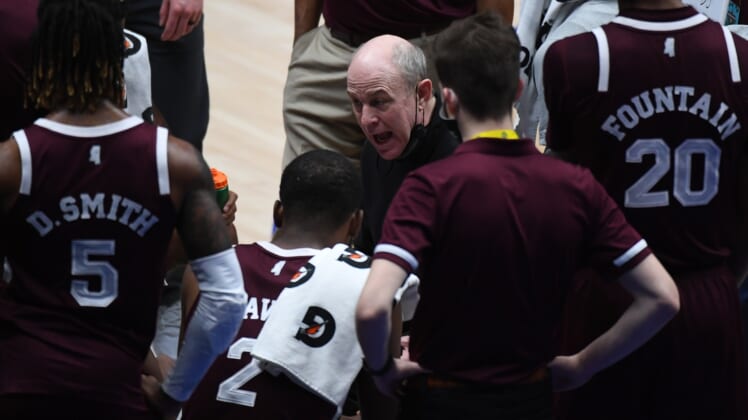 Mississippi State coach Ben Howland has one thing in mind Tuesday night when his team plays hosts to Georgia State: Hold a lead, especially a late one.

The Bulldogs (6-3) are coming off back-to-back defeats that were winnable games — losing 81-76 to visiting Minnesota on Dec. 5 and 66-63 to Colorado State on Saturday in the Basketball Hall of Fame Classic at Fort Worth, Tex.

Promising late leads have been hard to hold for Mississippi State, which led by eight with 6:16 remaining Saturday and was brought down by a late 17-2 run by Colorado State and a cold offense.

“It is disappointing, needless to say, to be up eight in the last six minutes,” Howland said. “Then we really struggled offensively and defensively down the stretch to close them out.

“What really hurt us late in the game is we struggled to make some baskets.”

Georgia State (5-3) has been idle for over a week, last seeing the court in an 80-51 home win over Voorhees College last Monday.

Corey Allen was dominant in that victory, as the 2020-21 All-Sun Belt second-team selection nearly recorded a triple-double in an all-around impressive outing.

Allen tied a career-high with the 13 boards and set a career mark by dishing out the eight assists. His assist total left him two shy of the second triple-double in the Panthers’ history.

“Corey’s been all about getting better,” said Panthers coach Rob Lanier. “It started with his offseason with how hard he worked in changing his body. There’s a level of commitment there.”

The third-year coach said Allen got his teammates going in the second half.

“For him to make a concerted effort to get other guys involved is a real credit to him. He spearheaded that,” Lanier said.