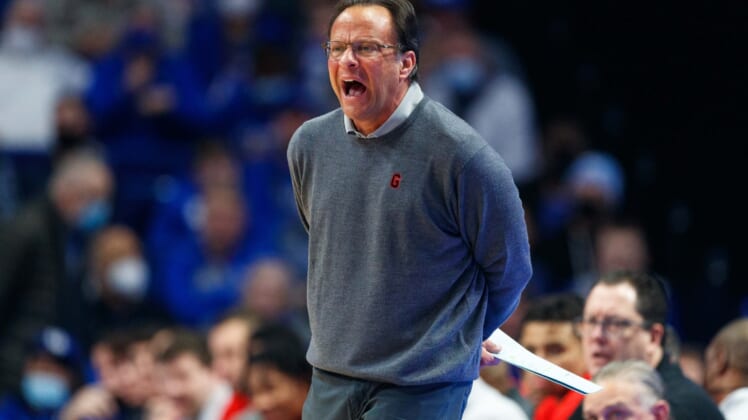 With Georgia leading 36-35 at the half, Mississippi State (11-4, 2-1) strung together a 13-3 stretch in the first seven minutes of the second frame and held a 53-43 edge after the contest’s first serious run.

Molinar was 11 of 18 from the field and 5 of 6 from the line. He also matched a career-high with seven assists.

Entering the game eighth in the country in rebound margin (+10.1 per game), MSU was outrebounded 37-35 by Georgia but held a 58-28 advantage on points in the paint.

MSU has won the last five games in the series, which is now evened at 58-58.

The squad also improved to 9-1 at home and 34-18 all-time against Georgia in games at Starkville.

Georgia, which entered the game as a 14 ½-point underdog, led a good portion of the contest early but slipped to 0-3 on the road with its fifth consecutive loss.

In a tight start to the game, Oquendo and Baumann connected on consecutive 3-pointers as the visitors broke out for a 14-8 lead at the 14:38 mark – their largest lead of the half.

MSU produced just one field goal in a four-minute stretch, and Baumann’s fake of a trey and layup left Georgia with a one-point halftime advantage after nine lead changes and four ties.