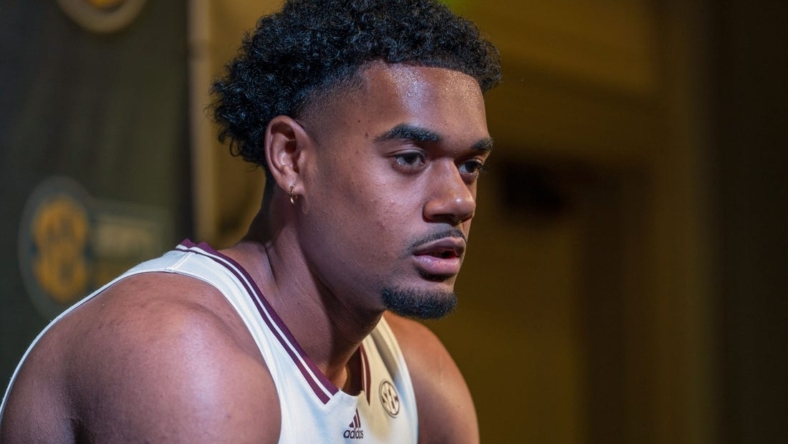 Tolu Smith scored 19 points on 8-of-10 shooting to pace the Bulldogs, who trailed 30-25 at halftime before dominating the second half. Shakeel Moore added 11 points for Mississippi State, which shot 42.4 percent from the floor.

Jans was hired in March to replace Ben Howland, who was let go after making just one NCAA Tournament appearance in seven seasons.

Terrion Murdix scored 10 points for the Islanders, who endured a couple of extended scoring droughts in the final 20 minutes and shot just 32.1 percent in the game.

Mississippi State used the hot hand of D.J. Jeffries to get rolling in the second half. Jeffries made a 3-pointer and a jumper, and Smith added a fast-break layup to tie the score at 32. Those were his first points of the night.

The Islanders, meanwhile, struggled offensively, enduring a scoring drought of four-plus minutes that didn’t end until Trevian Tennyson hit a 3-pointer with 12:34 to go, cutting the Mississippi State lead to 39-37.

But the Bulldogs never looked back, going on an 8-0 run to lead by double digits when Eric Reed Jr. knocked down a 3-pointer with 9:09 to go.

The first half was back-and-forth early before the Islanders took a 23-13 lead with 8:47 left after a 3-pointer by Murdix.

Part of Mississippi State’s struggles was a tough first half from beyond the arc. The Bulldogs shot just 2-of-10.

The Bulldogs’ Shawn Jones Jr. closed the gap to 27-23 with a trey with 1:58 left, but Tyre Nickelson answered with a 3-pointer of his own to put the Islanders back up by seven at 30-23.

The first half featured 21 combined turnovers between the two teams.