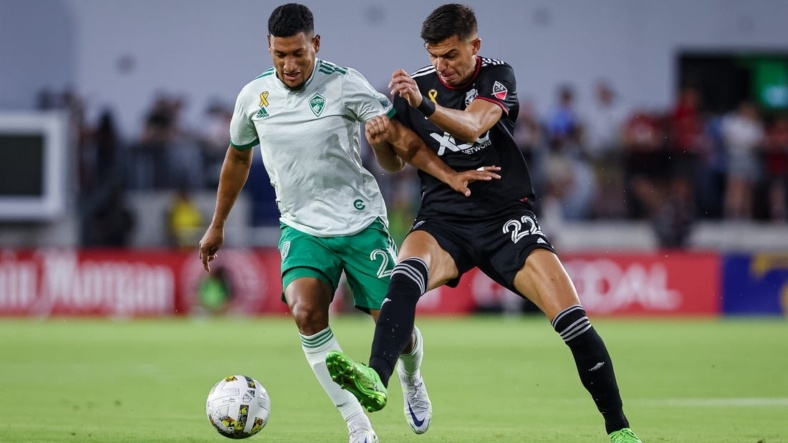 DC United failed to take advantage of a second-half penalty kick and ended up with a 0-0 draw with the Colorado Rapids on Sunday night in Washington.

It was another damaging result for the Rapids as their postseason possibilities continue to fade.

Colorado’s winless streak has stretched to six games, though there have been three ties during that span. In their last three games combined, the Rapids (8-12-9, 33 points) have managed to score a total of one goal.

DC United (7-17-5, 26 points) was squashed in its quest for back-to-back wins for the first time since the first two games of the season. It won Wednesday night at New York FC.

DC United was thwarted on a scoring chance in the 66th minute when Christian Benteke, who was in his first home game with the team, failed to convert on a penalty kick. Goalkeeper William Yarbrough of the Rapids drove to his right to make the save.

DC United had posted two goals in each of its two previous games, but it generated offense only in spurts.

DC United’s penalty kick came when Keegan Rosenberry of the Rapids was called for a hand ball in the penalty area.

Benteke also had a couple of strong scoring chances in the opening five minutes. Both times, he threatened to score on headers. One attempt was blocked and the other went to the left of the goal.

The statistics were nearly even in a few categories.

Neither team had a substitution until 17 minutes into the second half when the Rapids sent in Jonathan Lewis to replace Michael Barrios.