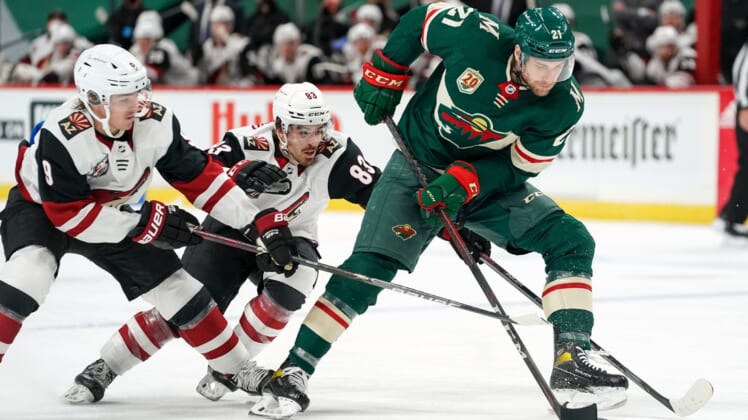 Soucy hit Garland in the head up against the boards with his left shoulder and elbow. He was assessed a five-minute major penalty for elbowing midway into the first period of Tuesday’s game. Garland retreated to the locker room before returning to start the second period for Arizona, which dropped a 3-0 decision.

Soucy will forfeit $23,706.90 under the terms of the league’s collective bargaining agreement. The total is based on his average annual salary.

Soucy, 26, has recorded eight points (one goal, seven assists) in 22 games this season. He has 22 points (eight goals, 14 assists) in 80 career games over three seasons with the Wild.