Agent Drew Rosenhaus confirmed the news in a text message to the St. Paul Pioneer Press.

Twyman, who turned 22 on Monday, was sitting in his vehicle in his hometown of Washington, D.C., on June 21 when he was wounded in a random shooting. His injuries were not life-threatening. 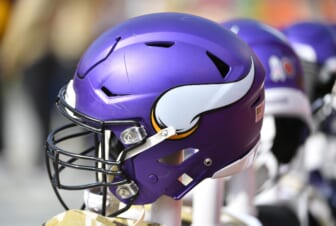 Three other people were shot during the incident and the suspect remains at large, according to the newspaper report.

Twyman described his injuries as a flesh wound.

He registered 57 tackles and 11 sacks in two seasons, earning first-team All-ACC honors in 2019 after leading the Panthers with 10.5 sacks.