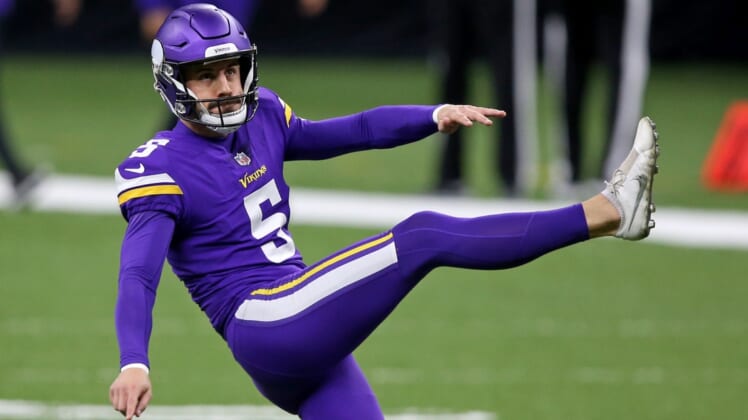 Kicker Dan Bailey got the boot from the Minnesota Vikings on Tuesday in a salary cap-related roster move.

He made a career-worst 68.2 percent of his field goals in 2020 and missed five extra points in the team’s final five regular-season games.

Bailey signed with the Vikings in September 2018 after being released by the Dallas Cowboys.