Here’s a move that came completely out of left field for the Minnesota Vikings mere days ahead of their season opener against the Cincinnati Bengals.

A second-round pick out of Pittsburgh back in 2018, O’Neill has morphed into a reliable starting tackle in his three seasons with the Minnesota Vikings. This span has seen him start 42 of a possible 48 games. 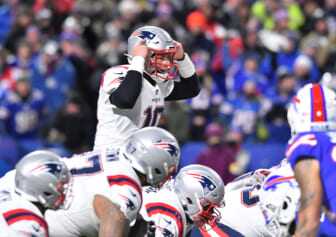 With that said, committing such a huge amount of cash to a player with some holes in his game is questionable. According to Pro Football Focus, O’Neill ranked 37th among all NFL tackles in pass protection a season ago. That’s not exactly what you’re looking for in front of an immobile Kirk Cousins.

It’s also important to note that the Minnesota Vikings pushed back against moving O’Neill to left tackle, even after they released veteran Riley Reiff during the offseason. Instead, Rashod Hill is slated to protect Cousins’ blindside in 2021. Despite this, Minnesota gave O’Neill left tackle money. It’s an interesting strategy.