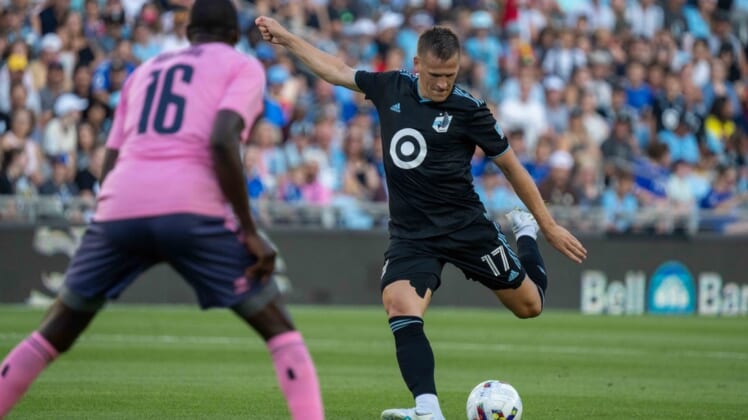 Financial terms were not disclosed for Lod, who has recorded six goals and two assists in 21 matches this season for the Loons.

“There’s not much I can add to what I’ve said in the past — he’s a consummate professional, an incredibly intelligent footballer,” Minnesota United head coach Adrian Heath said in a release. “Wherever we play him on the field, he contributes in a positive way. Pound for pound, he might be one of the best signings we’ve made since we’ve been at Minnesota.

“He’s been instrumental in everything that we’ve done to try to improve and get better and the fact that he has the versatility that he does to play the way he does in numerous positions, is an unbelievable positive for everybody. We look forward to working with him for the next few years.”

The Finnish international previously competed with Spanish second-division side Sporting de Gijon, Greek side Panathinaikos and Finnish side HJK before coming to MLS.