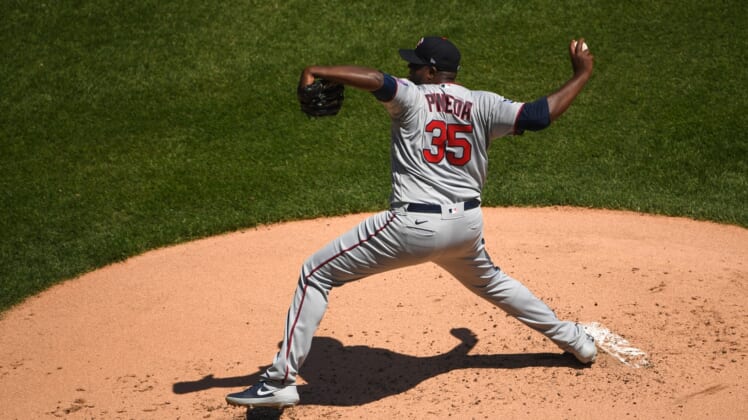 The Minnesota Twins scratched right-hander Michael Pineda from a start Tuesday against the Chicago White Sox because of an abscess in his upper leg.

The Twins recalled Bailey Ober from Triple-A St. Paul and penciled him for the replacement start — and Ober’s big-league debut.

Twins manager Rocco Baldelli said Tuesday that Pineda could make a start later in the week if the thigh abscess improves.

“It’s in a pretty uncomfortable spot for him,” Baldelli told reporters. “Something that’s been around for a little while; it’s gotten worse. And he had to have a little procedure to get that taken care of. So he’s got a couple of stitches.”

Ober, 25, drafted in the 12th round by Minnesota in 2017, has thrown seven innings for St. Paul this season.