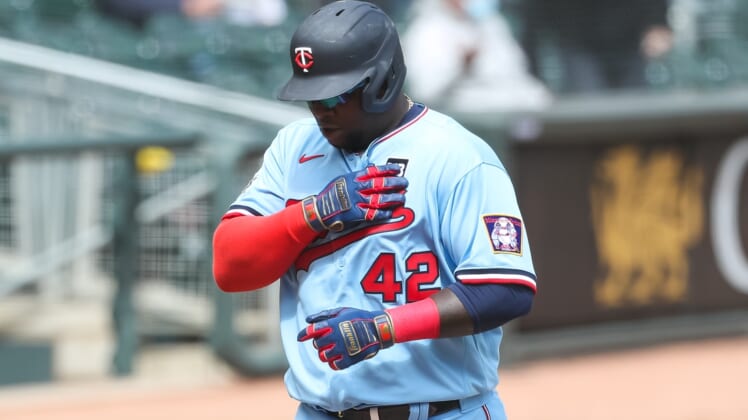 To make room on the active roster, the Twins placed outfielder/first baseman Alex Kirilloff on the 10-day IL retroactive to Tuesday with a right wrist sprain.

The No. 2 overall prospect in the Minnesota system per MLB Pipeline, Kirilloff made his regular season debut in April and saw some time at first base while Sano was out.

Kirilloff, 23, hit four home runs in a three-game stretch last weekend but was scratched from the lineup Tuesday with wrist soreness.