Are the Minnesota Twins real contenders? 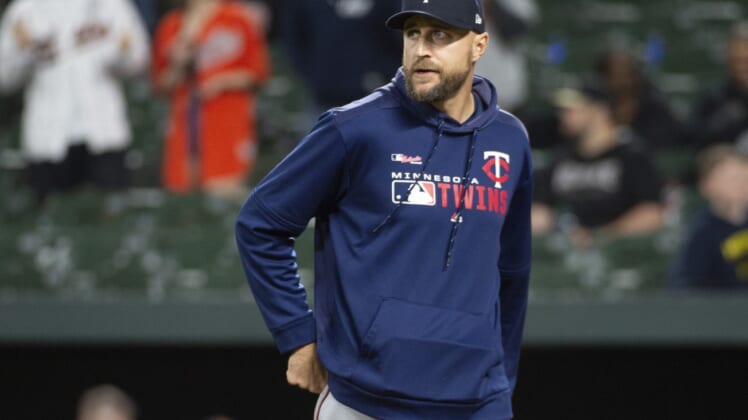 It seems unlikely in retrospect. The Twins finished with 78 wins last year. They fired manager Paul Molitor and watched future Hall of Famer Joe Mauer retire last offseason. Yet, somehow, they’re the best team in baseball as we inch toward the season’s midway point.

It seems every year in the MLB there’s a team or two that peaks too early, building an unlikely lead in their division and crashing before the calendar reaches October. Last year, the Arizona Diamondbacks spent a National League-best 125 days in leading their division before bottoming out and missing the postseason. Apparently built on smoke and mirrors, those DBacks collapsed when it mattered.

The big picture: These Twins aren’t going too fast, too soon. They’re legit.

In with the new: The Twins’ choice to replace Molitor — a Hall of Fame player who won the Manager of the Year award in 2017 — with Rocco Baldelli represents a complete change in thinking and style. Molitor was a manager of yesterday, and in explaining the manager’s firing, Chief Baseball Officer Derek Falvey cited a youth movement.

In Baldelli, the Twins got a 37-year old guy with no managing experience. So far, it’s paid off.

On the offensive: Perhaps the most tangible explanation to Minnesota’s newfound success lies in the offense. The Twins, put simply, are hitting the screws off the ball. They rank second in the MLB in both slugging percentage and OPS behind the Houston Astros, in large part due to a balanced attack.

Getting it done on the mound: Minnesota’s offense has driven the team’s surprise season, but their rotation and bullpen have been getting it done, too. The club sits eighth in the MLB with a 3.82 ERA, but that doesn’t tell the whole story.

How they could get better: They lead the league in wins, sure, but Minnesota should always be looking to get better, and they’re in a unique situation to do so.

The Twins have just $20 million on the books for the 2020 season, though that figure doesn’t account for arbitration-eligible players. The point remains, though, that Minnesota’s financial flexibility to add a few free agents that remain unsigned.

Final thoughts: If the Twins want to make a serious run for the AL Pennant, they need to win the AL Central. So far, it looks to be their division to lose, with only the Indians and White Sox anywhere near striking distance. They’re going to have to keep hitting, of course, and will probably need to add some pitching depth at the deadline, but for the most part, the Twins look like the real deal.

Miguel Sano’s triumphant return should serve as a shot in the arm for a team that didn’t really need one. He’s the type of player that could carry a team in October if he gets hot — now, the Twins just have to get there.