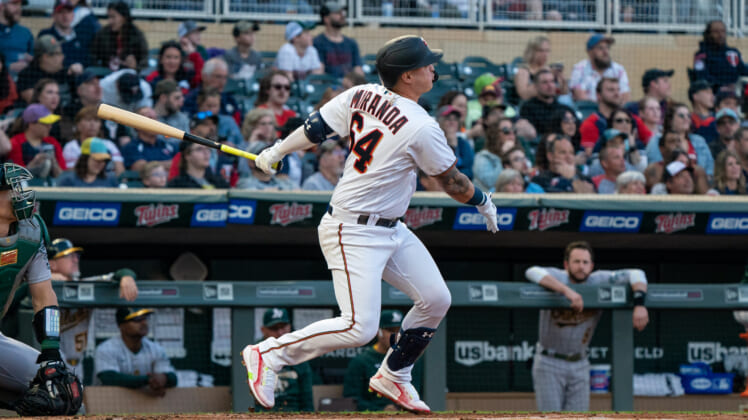 We often hear of top MLB prospects who can hit no matter which league they play in. Put them on a baseball diamond, hand them a bat and start throwing pitches. For Jose Miranda, the No. 3 prospect in the Minnesota Twins’ system, all he needed was an opportunity.

With Miguel Sano going on the injured list after requiring surgery on a torn meniscus in his left knee, there was a need for another corner infielder on the big-league squad. With Sano’s timetable to return still unknown, the organization felt it was worth calling upon Miranda from their AAA-affiliate.

The 23-year-old Puerto Rican native, who’s cousins with Lin-Manuel Miranda, has played in four MLB games since being called up on May 2 to make his Major League Debut.

It didn’t take long for the third baseman to get his first hit, smacking a double in his second game on May 3.

But Friday night’s was his first start at Target Field. Hitting sixth, starting at first base, Miranda cranked a home run in his first career at-bat at his new home park.

It was a no-doubter and would have been out of the ballpark in all 30 MLB stadiums, as if there was any question from those who saw the tape measure knock.

Miranda knew it was gone as soon as he hit the ball, turning to his teammates in the dugout in excitement. You love to see that from a young ballplayer making his home debut.

Chances are, with a strong impression over the next few weeks, or however long Sano is out, Miranda might be able to parlay his performance into a full-time starting role.