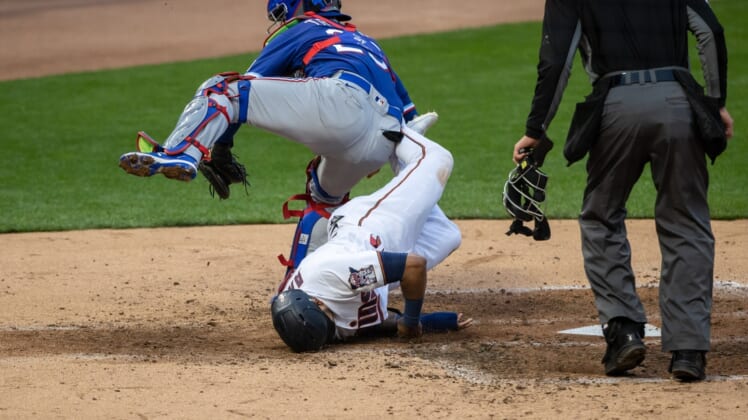 Arraez went wide into home plate during the third inning Monday and was called out after going headfirst into the legs of Rangers catcher Jose Trevino, who was leaping to catch the relay throw. Arraez also appeared to hit his head on the dirt near home plate. The play was reviewed and Arraez was called safe since Trevino never applied the tag.

Arraez, 24, was slow to get to his feet after the play but remained in the game until the sixth inning.