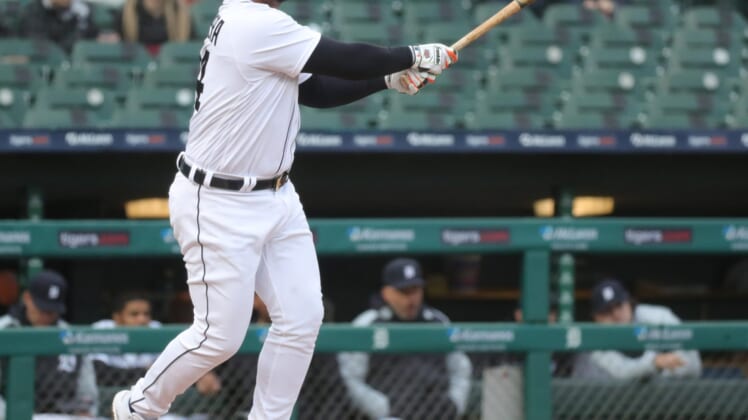 Matt Shoemaker continued his dominance of the Detroit Tigers and the visiting Minnesota Twins hit three solo homers while pulling away to a 7-3 victory on Friday.

The game was delayed in the middle of the fifth inning and the end of the sixth inning by inclement weather.

Garlick lofted a fly ball leading off the game that just cleared the right-field wall. Skubal then struck out the next three batters.

Polanco smacked his third homer this season over the left-field wall leading off the second.

Cabrera snapped an 0-for-26 skid with a long single in the second inning. Niko Goodrum followed with another single. Shoemaker struck out the next better, then got JaCoby Jones to tap into a double play.

With Bryan Garcia on the mound, the Twins scored twice in the sixth. Polanco and Miguel Sano drew one-out walks. Kepler knocked in Polanco with a single to center and Andrelton Simmons brought in Sano with a groundout.

The Tigers broke through against reliever Cody Stashak in the sixth inning. Candelario led off with a single and Cabrera walked. One out later, Castro drilled a changeup over the left-center fence to cut Minnesota’s lead to 4-3.

Minnesota scored a run off Jose Cisnero after the second rain delay. Josh Donaldson hit a one-out double and Mitch Garver drew a walk in the seventh. Polanco ripped a two-out double to right to knock in Donaldson.

Kepler drilled a Daniel Norris offering over the right-field wall in the eighth. Sano had an RBI single in the ninth.