Minnesota Twins do just enough to slip past Detroit Tigers 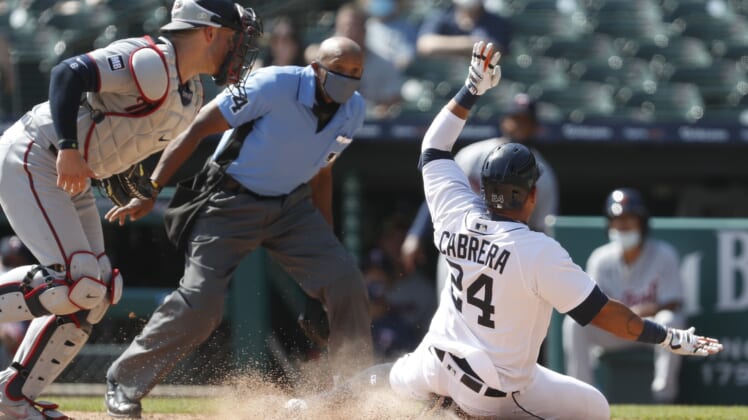 Kenta Maeda gave up two runs in six innings of work to help lift the visiting Minnesota Twins to a 3-2 victory over the Detroit Tigers on Wednesday.

Maeda (1-0) struck out six, allowed seven hits and walked just one to pick up his first win of the season as the Twins won their second series in two tries. Jorge Polanco had a go-ahead two-run double for Minnesota in the sixth inning.

Wilson Ramos had a home run for the Tigers, while rookie Akil Baddoo had an RBI triple as Detroit lost for the third time in four games.

The Tigers opened the scoring in the second, when Baddoo’s to right-center scored Victor Reyes. It was Baddoo’s first career triple in four games and seventh RBI.

Minnesota tied the score in the fifth on an RBI sacrifice fly by Willians Astudillo before Detroit regained the lead at 2-1 in the bottom of the fifth on Ramos’ home run.

The Twins went out in front 3-2 in the sixth inning, when Polanco ripped his two-run double to left off Tigers starter Matthew Boyd.

The Tigers had a chance tie or take the lead in their half of the sixth but had two runners thrown out at the plate.

The Twins’ Alex Colome pitched a scoreless eighth and ninth innings to earn his second save. Garlick went 2-for-3 with a run scored for Minnesota.

Boyd (1-1) had a second straight strong start to open the season for the Tigers, striking out eight without a walk while allowing three runs in seven innings of work.

Castro had three hits for the Tigers.