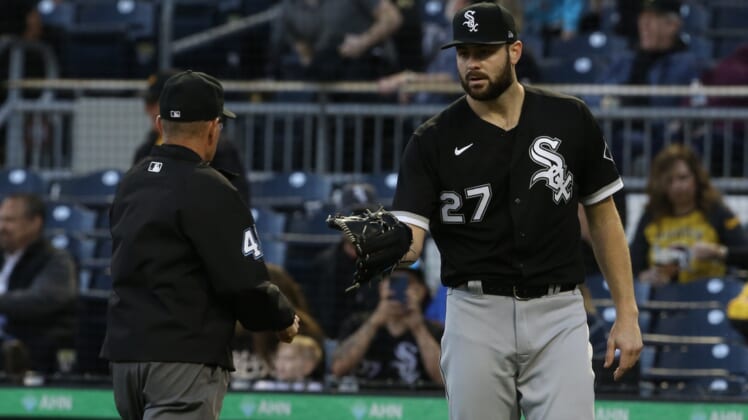 The opener of a four-game series between the Minnesota Twins and host Chicago White Sox at Guaranteed Rate Park was postponed due to inclement weather on Monday.

Severe weather warnings and heavy rain in the forecast led to the game being called more than three hours before the scheduled first pitch between American League Central rivals.

The game is being made up as part of a traditional doubleheader on Monday, July 19 with Game 1 starting at 4:10 p.m. CT.

The unscheduled off day allows the White Sox one more day to rest first baseman Jose Abreu, who left Sunday’s game after being hit by a pitch.

Kenta Maeda was scheduled to start for the Twins on Monday against White Sox ace Lucas Giolito.