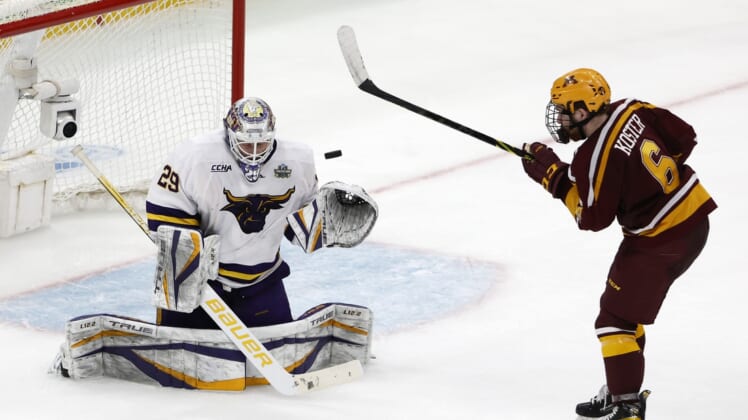 He received the award, given annually to the best player in men’s Division I hockey, on Friday night. He became the first goaltender to be honored since Ryan Miller of Michigan State in 2001.

McKay is the first Minnesota State player to win the Baker award. His Mavericks will play Denver in the finals of the Frozen Four in Boston on Saturday night after defeating Minnesota 5-1 in one national semifinal on Thursday night.

This season, McKay became the first goalie in men’s hockey history to record 34 career shutouts. His 113 wins rank second all-time, and he set an NCAA season record with 37 wins during this campaign.

A senior, McKay has not been drafted by any NHL team. He will be available as a free agent.