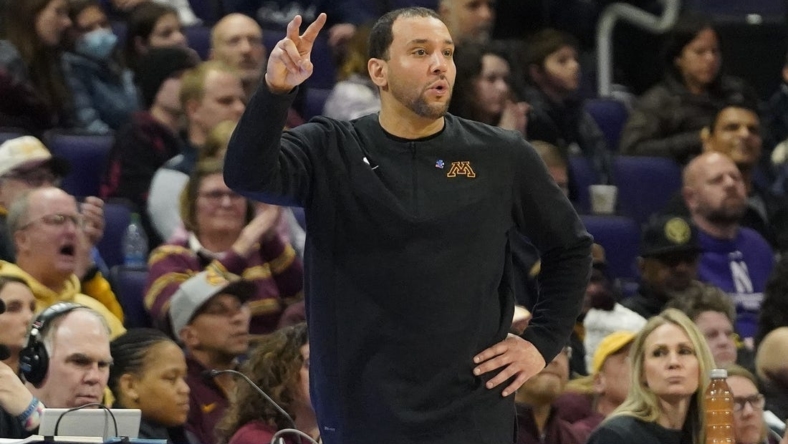 Dawson Garcia scored 17 points and grabbed seven rebounds to lead Minnesota to a 68-60 win over Central Michigan on Thursday in Minneapolis.

Ta’Lon Cooper scored 12 points and Braeden Carrington added 10 points for Minnesota (3-1), which responded after a home loss to DePaul on Monday.

Kevin Miller put up a game-high 19 points on 8-of-20 shooting, Jesse Zarzuela contributed 15 points off the bench and Reggie Bass had 10 points for Central Michigan (1-2).

Minnesota shot 47.9 percent (23 of 48) from the field overall but committed 16 turnovers and was outrebounded by Central Michigan 43-38.

The Golden Gophers continued to grow their lead from there, going up 52-34 on two Cooper foul shots with 9:02 remaining.

Central Michigan tried to make a late run, cutting Minnesota’s lead to 59-50 with 3:11 remaining on a 3-pointer by Bass.

But the Golden Gophers stemmed the tide, scoring four straight points to take a 63-50 lead with 1:33 left, all but putting the game out of reach.

Zarzuela hit a 3-pointer with 45 seconds left to bring Central Michigan within 67-58, but it was too little, too late for the Chippewas.

Central Michigan then went on a 10-4 run to cut Minnesota’s lead to one point with 6:06 to go in the first half on a Miller jump shot.