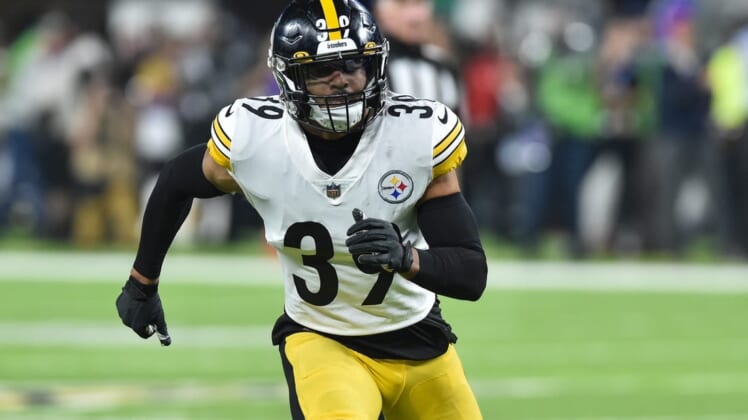 A day after Pittsburgh made him the NFL’s highest-paid safety, Minkah Fitzpatrick said his payday once again proves that the Steelers are committed to winning now.

Fitzpatrick noted how the Steelers originally acquired him in a trade with the Miami Dolphins just hours after learning that then-quarterback Ben Roethlisberger had suffered a season-ending injury in Week 2 of 2019.

Fitzpatrick, 25, agreed to a four-year extension Wednesday that reportedly pays him more than $18.4 million per season. That eclipses Jamal Adams’ $17.5 million salary with the Seattle Seahawks.

A two-time Pro Bowl selection and two-time All-Pro, Fitzpatrick recorded a career-high 124 tackles to go with two interceptions in 16 starts for the Steelers last season.

Fitzpatrick said the new contract strengthens his commitment to reward the Steelers for their faith.

“These guys trust me with this amount of money, so now it’s my duty to go out there and play at a high level and show them that I deserve this compensation,” he said.

Fitzpatrick has 352 tackles, 13 interceptions, five fumble recoveries and four forced fumbles in 64 career games (59 starts) with the Dolphins and Steelers. He was selected by the Dolphins with the 11th overall pick in the 2018 NFL Draft.