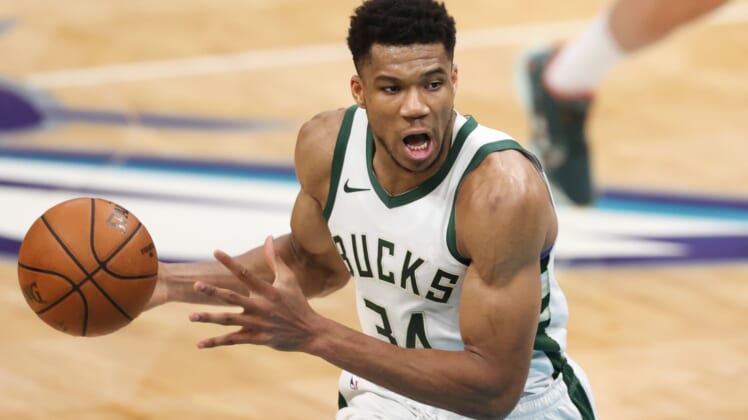 Milwaukee star Giannis Antetokounmpo is expected to return to the lineup Sunday when the Bucks host the Brooklyn Nets, according to multiple reports.

Antetokounmpo, who has been dealing with an ankle injury, missed Friday night’s 108-98 victory over the Chicago Bulls due to a sprained right ankle. He was listed as probable ahead of Sunday’s game.

Antetokounmpo aggravated the injury during Thursday’s 143-136 loss to the Rockets when he stepped on the foot of Houston’s Kelly Olynyk 46 seconds into the first quarter. He didn’t return to the game.

Brooklyn (43-21) is slated to have Kevin Durant and Kyrie Irving on the floor, but fellow star James Harden (hamstring) will miss his 14th straight game. The Nets are coming off a Friday night 128-109 loss to the Portland Trail Blazers.