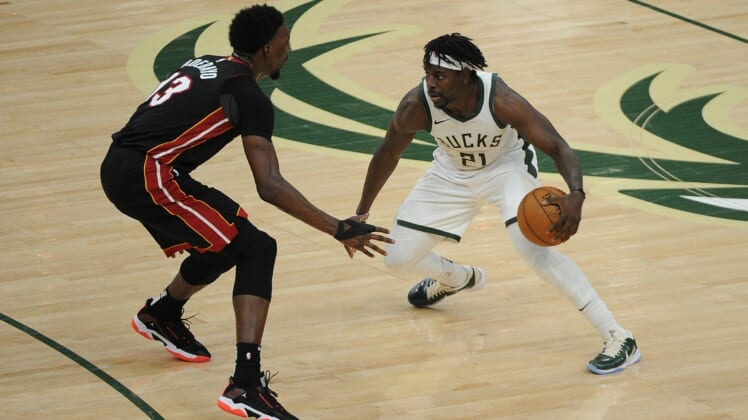 In what could be a playoff preview, Khris Middleton posted 21 points, seven rebounds and seven assists, leading the host Milwaukee Bucks past the visiting Miami Heat, 122-108, on Saturday night.

Milwaukee, which is 11-3 in its past 14 games, also got 15 points, nine rebounds and four assists from two-time NBA MVP Giannis Antetokounmpo. Bryn Forbes had 21 points, Jrue Holiday had 20 points, and Brook Lopez added 18 on 9-for-10 shooting.

Both teams play their regular-season finale on Sunday. But with all of the NBA scores complete on Saturday, Milwaukee (46-25) remained in the third place in the Eastern Conference. The Heat (39-32) fell to sixth place, which – barring any change on Sunday — would match them with the Bucks in next week’s first round of the playoffs.

These teams have history. Last year, the Bucks had the best regular-season record in the NBA, but they were eliminated by the Heat in five games in the second round of the playoffs.

Miami on Saturday played without star point forward Jimmy Butler (lower-back tightness). The Heat are 33-19 with Butler this season but just 6-13 without their leader in scoring, assists and steals.

The Heat had their four-game win streak snapped, although Miami guard Kendrick Nunn scored a season-high 31 points. Nunn made 13-of-18 shots from the floor, including 4-of-5 on 3-pointers.

Early on, Milwaukee came out firing, leading 44-28 after the first quarter thanks to 70.8 percent shooting from the floor and a 22-6 edge in paint points. 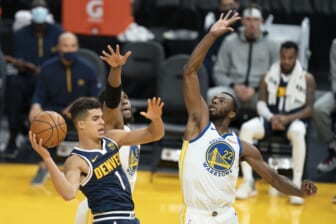 Miami shot 41.7 percent and got 11 points from Dunn on 4-for-4 shooting, including three from long range.

Other than Nunn, who. had 16 first-half points, Miami was overmatched as Milwaukee led by as many as 24 points before settling for a 70-51 advantage at the break. The Bucks shot 62.2 percent from the floor for the first half as compared to 38.8 percent for Miami.

Miami cut its deficit to as few as 10 points in the third, but by the end of the quarter, the Bucks built their lead back up to 99-81. Dunn continued to lead all scorers with 24 points through three quarters.

The Heat never seriously challenged in the fourth quarter.