Forbes, a 3-point specialist with defensive chops, was third in the NBA with a 45.2 percent mark from long distance among players with at least 200 3-point tries last season.

Among other players with options on the champion Bucks’ roster are Bobby Portis, who played extended minutes in the playoffs, including the title-clinching Game 6. 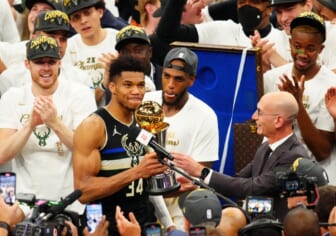 After four seasons with the San Antonio Spurs, Forbes joined the Bucks last summer on a two-year deal with a player option.

The 28-year-old received extended minutes in February while the Bucks dealt with injuries.