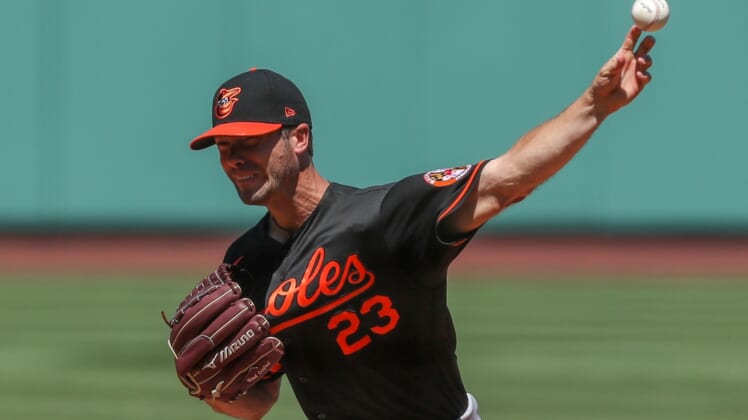 The Milwaukee Brewers signed a pair of veterans to minor league contracts Tuesday, as left-hander Wade LeBlanc and infielder Logan Forsythe will serve as insurance policies for the major league club.

Both players will be assigned to Triple-A Nashville, which begins its season Tuesday at Toledo. Also signed to a minor league deal by the Brewers on Tuesday was catcher Christian Kelley, formerly of the Pittsburgh Pirates system.

LeBlanc, 36, is a veteran of 13 major league seasons who appeared in just 12 combined games over the last two seasons for the Baltimore Orioles. He is 46-48 lifetime with a 4.59 ERA over 246 appearances (121 starts) for eight teams, making his debut with the San Diego Padres in 2008.

Forsythe, 34, a veteran of 10 seasons, played 12 games with the Miami Marlins last season. He has a career .244 batting average with 71 home runs and 307 RBIs for six teams, also making his debut with the Padres in 2011.

Kelley has never played in a major league game, having advanced as high as Triple-A in the Pirates system in 2019. The former 11th-round draft pick by the Pirates in 2015 last played in the Dominican winter league following the 2019 season.