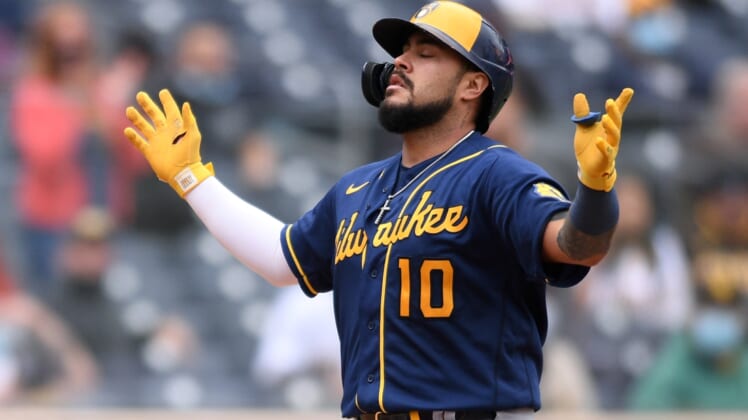 Narvaez was injured during Friday’s 3-1 victory over the Los Angeles Dodgers and originally was diagnosed with a hamstring strain. He is expected to miss two weeks, according to manager Craig Counsell.

Narvaez was red hot at the plate in the early going, batting .368 with three home runs and 11 RBIs in 22 games. He had six hits over his last five games and was replaced after a sixth-inning single Friday.

Feliciano, 22, is looking to make his major league debut after going 6-for-14 with two doubles and two triples with Milwaukee during 14 games at spring training.