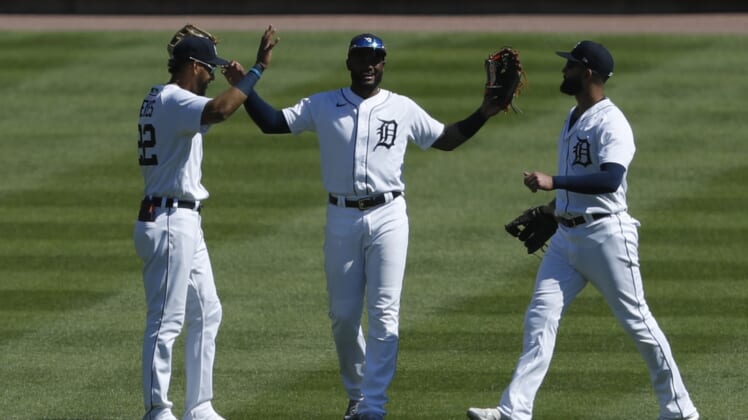 The Detroit Tigers and Milwaukee Brewers are both feeling good about themselves after sweeping weekend series. They’ll face each other in a two-game series in Milwaukee that begins on Monday afternoon.

Detroit swept a home series against the New York Yankees.

“It’s obviously a good feeling to defend your home territory when you play a team like the Yankees and come away with three wins,” manager A.J. Hinch said. “Now, we hit the road with a lot of momentum.”

“This has been a few weeks now where we’ve put some things together,” Hinch said. “We’ve had stretches of good and only spurts of bad. The players start to feel that momentum, to feel that excitement.”

The Brewers have won four straight, including a three-game sweep of Washington over the weekend. The Nationals only scored three runs.

Corbin Burnes (2-4, 2.33 ERA) will start for the Brewers. The right-hander didn’t have his usual pinpoint control on Tuesday when he issued three walks and hit another batter. The San Diego Padres took full advantage, as all four of those baserunners scored.

“It’s something that I try not to focus on. If you’re worried about the runner too much over there, you start losing stuff mechanically and start making some errors over the plate,” Burnes said. “So first and foremost for me is going out and executing, and then the running game comes second. … If I don’t give them free passes, they’re not going to score.”

Burnes had walked just two batters in his first seven starts this season. He’s only allowed nine hits in 17 innings in three May starts, yet he’s 0-2 with a no-decision in those contests.

Tigers hitters are averaging 10.1 strikeouts per game, so Burnes could rack up double digits for the fourth time this season. He has notched 74 strikeouts in 46 1/3 innings.

Burnes isn’t worried that his subpar outing will carry over into Monday’s game.

“I wish I could go out there every single inning and throw the ball where I wanted every time,” he said. “It would make this game really easy. But that’s how baseball goes. We’re going to come across these outings and we’ll just have to take the good from it and move on.”

In two career outings against Detroit, one start, he’s 1-0 with a 1.00 ERA — allowing just one run on two hits in nine innings with 13 strikeouts.

Burnes missed some time prior to those May starts after being placed under COVID-19 protocols. He says he’s 100 percent.

“Everything feels good, body feels good,” Burnes said. “Overall, I think (I’ve) done a really good job of executing pitches. Outside of the last start, the command has been good. It has been the key focus for me throughout the season.”

Left-hander Tyler Alexander (0-0, 4.35) could make his first start for the Tigers on Monday in what is expected to be a bullpen game. It would be his first appearance against the Brewers.