Milwaukee Brewers’ Christian Yelich buys 10,000 tickets to give to fans as a thank you 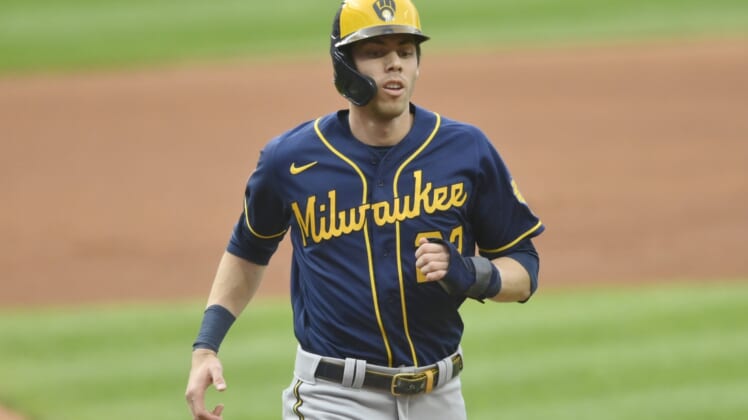 Christian Yelich wants to thank fans for supporting the Milwaukee Brewers this season, and he bought 10,000 tickets to give away to show his appreciation.

The tickets are available for the four-game home series next Monday through Thursday against the St. Louis Cardinals, their National League Central rival.

“The fans are a big part of what we have accomplished this season,” the outfielder said in a statement. “We want American Family Field to be rocking for that last homestand. And we want to give back in a way that shows how much we all appreciate the enthusiasm and support of the best fans in baseball.”

The tickets were being given away beginning at 11 a.m. ET on Wednesday via brewers.com/Yelich. Fans are limited to four tickets per game.

The Brewers enter play Wednesday 13 1/2 games ahead of the Cardinals in the NL Central. St. Louis is clinging to a half-game lead over the Cincinnati Reds and one-game lead on the San Diego Padres for the second wild card.

Yelich, 29, has been limited to 102 games this season, spending time on the injured list because of a back injury and a COVID-19 positive test. He’s batting .252 with eight homers and 45 RBIs.

Yelich won the National League batting title and the league Most Valuable Player award in 2018, then won another batting championship the following year. The Brewers signed him to a seven-year, $188.5 million contract extension in March 2020.