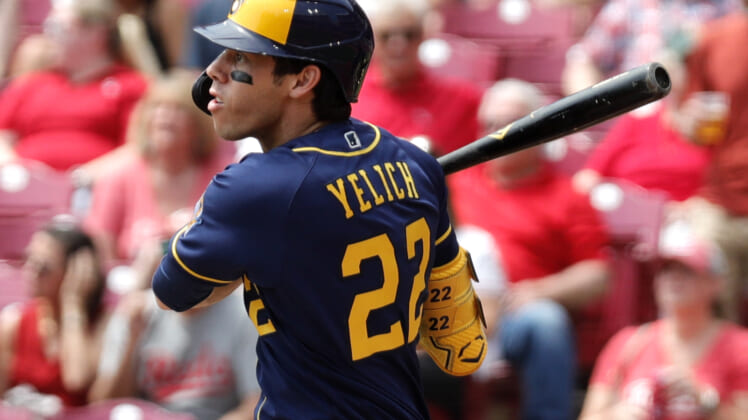 Christian Yelich and the Milwaukee Brewers were visiting the Cincinnati Reds today in the final matchup of a three-game series between the NL Central foes.

While the Brewers couldn’t muster a win on the day, falling to the Reds 14-11, as the score indicates, there were several moments of excitement along the way.

While losing the game is never reason for celebration, it’s tough not to be in awe of the 2018 NL MVP and Brewers outfielder, Christian Yelich, who managed to hit for the cycle on five plate appearances on Wednesday.

In his first at-bat, Yelich knocked a ground rule double over the center field wall.

Later in the top of the third inning, Yelich smashed a 372-foot three-run home run to get the Brew Crew on the board.

Hitting for the cycle is an incredible accomplishment many of the game’s greatest hitters never even accomplish. There’s been just a total of 335 cycles in the history of baseball, counting Yelich’s latest feat.

But for Yelich, he’s been here before, having hit for the cycle on two other occasions. Once on August 29, 2018 and again just 19 days later hitting for another cycle on September 17.

In doing so, Yelich became the fifth player in history to hit for two cycles in the same season.

Yelich already is the only player to hit for two cycles against the same team and now having done so a third time? It’s a record that may never be broken again.