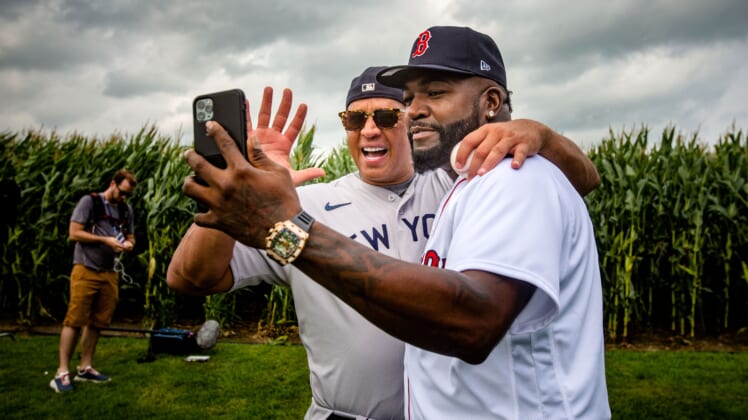 It was today, 33 years ago when Field of Dreams first debuted in movie theaters across the nation. The movie, loosely based on the W.P. Kinsella novel Shoeless Joe, took the world by storm. Kevin Costner, Amy Madigan, James Earl Jones and Ray Liotta helped bring a fictional tale to life before our eyes.

While there were several notable movie stars included in making the film, the real star of the show was actually a place — Dyersville, Iowa, where the ‘Field of Dreams’ eventually was constructed.

This legacy has gone so far, that MLB actually organized a regular-season game to be played at the popular site featured in the major motion picture. This game took place on August 12, 2021, between the New York Yankees and Chicago White Sox, in which the latter won 9-8 on a walk-off home run by Tim Anderson. It was the most-watched baseball game since 2005.

The game was an overwhelming success, leading MLB to schedule yet another game at Dyersville, Iowa. On August, 11, 2022, the Chicago Cubs will play the Cincinnati Reds, complete with the cornstalks in the background.

Both teams already originate in Iowa, so the teams won’t have to travel far for this memorable event. Like how the Yankees and White Sox wore throwback uniforms, the River Bandits and Kernels will also don different jerseys. The River Bandits will become the Davenport Blue Sox and the Kernels will become the Cedar Rapids Bunnies for one night, as both teams are representative of their earlier eras tying back to the 1930s.

Field of Dreams legacy lives on, even in 2022

“If you build it, they will come.”

No, I don’t want to hear about how the words have actually since been changed to “If you build it, he will come”, no. Despite the Mandela Effect, we all know the truth, it’s they. Don’t @ me.