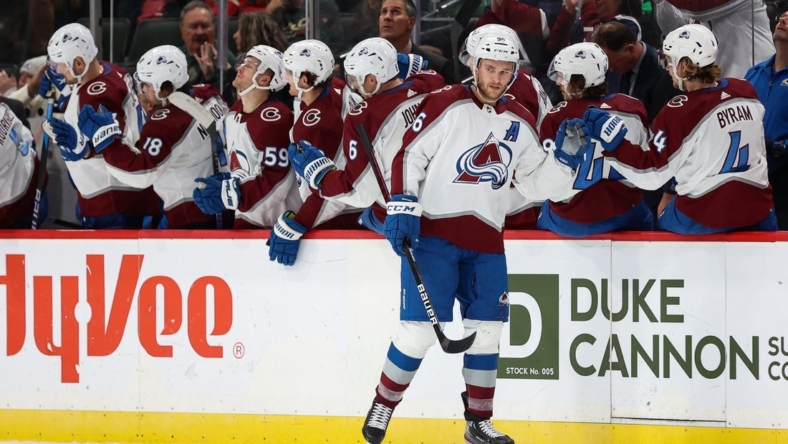 Mikko Rantanen recorded his fourth career hat trick and added an assist in his home country, Cale Makar had a goal and an assist and the Colorado Avalanche beat the Columbus Blue Jackets 6-3 in a Global Series meeting on Friday in Tampere, Finland.

Patrik Laine, also a Finnish native, had a goal and an assist, Jakub Voracek and Sean Kuraly also scored and Elvis Merzlikins turned away 31 shots for the Blue Jackets.

The teams play again Saturday to complete the two-game set.

Colorado struck 1:36 into the game when O’Connor beat Merzlikins high. It was O’Connor’s second of the season.

The Avalanche went ahead 2-0 on the power play later in the first when Compher tipped Toews’ shot at 12:27, Compher’s first goal of the season.

Rantanen made it 3-0 just 35 seconds into the second period when he beat Merzlikins with a sharp-angle shot.

Laine cut the deficit to one at 7:16 of the second when he beat Georgiev through the pads from the bottom of the left circle. It was his second goal of the season.

Columbus tied it early in the third period when Kuraly wristed a close-in shot past Georgiev at 2:32, his second goal of the season.

Rantanen put the Avalanche back in front for good when he scored a power-play goal from the right circle at 8:54. Makar then made it a two-goal game when he scored his first of the season, a wrister from the slot at 10:49.

Merzlikins went off for an extra skater with 2:59 left and Rantanen scored his third of the game and seventh of the season into the empty net at 18:56.