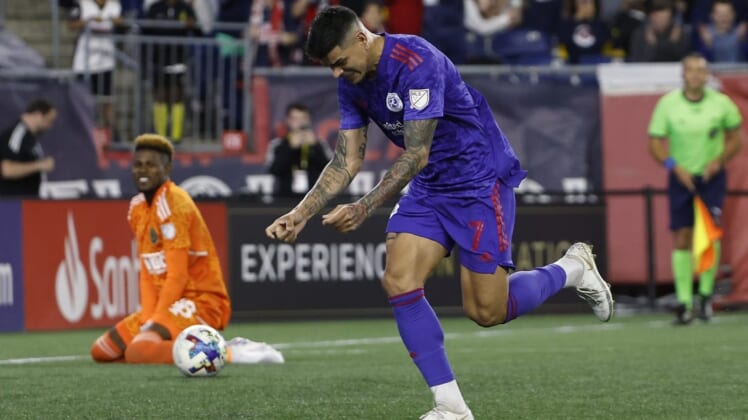 Mikkel Uhre scored the tying goal in the 77th minute as the visiting Philadelphia Union recorded a 1-1 tie against the New England Revolution on Saturday night in Foxborough, Mass.

Gustavo Bou scored in the 75th minute and Matt Turner turned aside one shot for the Revolution (4-5-4, 16 points), who are 2-0-3 in their last five matches. New England saw its streak of recording multiple goals come to a halt following a franchise-best seven straight MLS matches.

Revolution star Carles Gil’s franchise record-tying streak of five MLS matches with an assist came to an end on Saturday.

The Revolution took advantage of a hand ball in the penalty area by the Union’s Jack Elliott to open the scoring in the 75th minute. Bou made the Union pay by sending the ball into the right corner of the net for his first goal of the season and 30th career.

The lead didn’t last long, however.

Uhre entered the game as a substitute in the 76th minute and scored his second goal of the season in the following minute. Uhre took advantage of poor clearance from Omar Gonzalez and sent a left-footed shot into the open net.

The Revolution were unable to take advantage of nine corner kicks during a scoreless first half.

New England also nearly scored from in close, but Tommy McNamara’s shot skidded just wide of the net in the 17th minute while Bou’s header missed to the left of the goal.