Mike Zimmer: Teddy Bridgewater ‘should be good to go’ after concussion 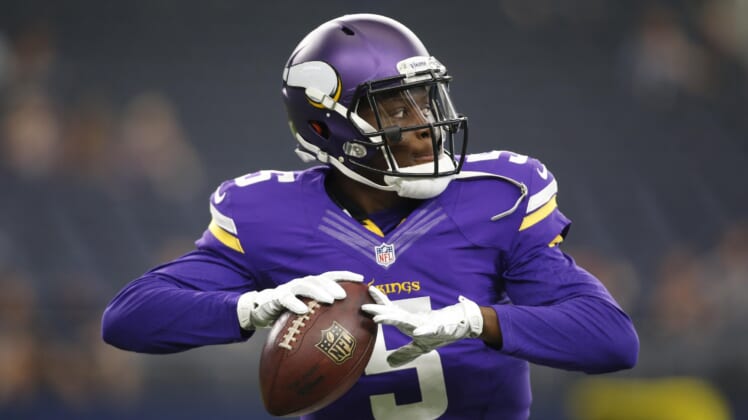 Head coach Mike Zimmer seems optimistic that the quarterback, who “passed his first test” after sustaining a concussion, could play in Sunday’s contest against the Oakland Raiders.

“He passed his first test, so he should be good to go, I think.” – Zimmer on @teddyb_h2o’s concussion testing

Bridgewater was tackled on a slide which prompted a call for unnecessary roughness. Zimmer, furious about the hit, pointed the finger at Rams defensive coordinator Gregg Williams, who was the focal point for the Saints’ Bountygate scandal.

According to NFL Media Insider Ian Rapoport, Joyner will not be suspended for the hit, but he could be fined. And fortunately for the Vikings, they edged out the Rams 21-18 to post their sixth win of the season which ties them in wins with the Green Bay Packers.

The best news here, though, is clearly the apparent good health of Bridgewater. And, the Vikings sure do need him to stay healthy down the stretch to maintain their status as an NFC playoff contender.