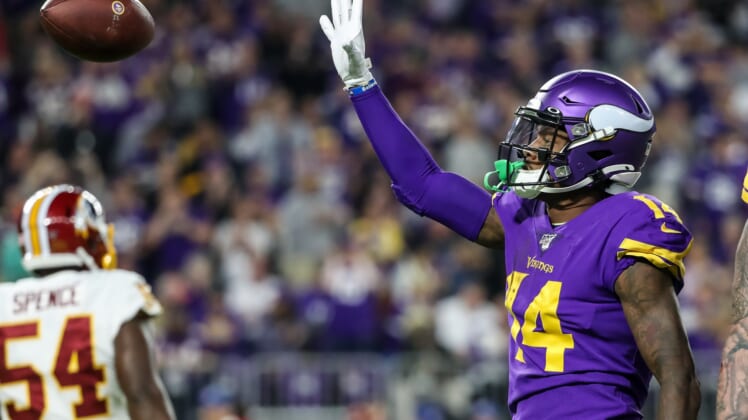 There’s been a lot made about the potential that the Minnesota Vikings could trade star wide receiver Stefon Diggs this offseason.

None of the rumors are concrete in nature. Minnesota has also pushed back against said rumors recently.

That now includes head coach Mike Zimmer. Speaking from the NFL Scouting Combine on Wednesday, Zimmer said he does not see a Diggs trade happening. He also admitted that there was a bit of an issue between the receiver and his team early in the 2019 season. Things have apparently calmed down since.

It would not make a lot of sense for Minnesota to trade a talented 26-year-old receiver who is playing under a team-friendly deal.

Diggs’ average annual salary is just $14.4 million and he’s signed through the 2023 season.

The former mid-round pick is coming off a 2019 campaign that saw him record 63 receptions for a career-high 1,130 yards.

Despite some issues existing between Diggs and his Vikings, we don’t envision them trading the pass catcher. Zimmer made that clear on Wednesday.