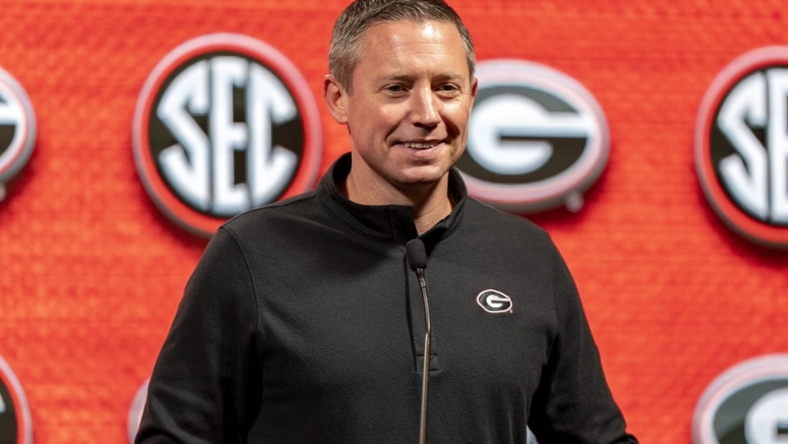 Georgia’s football program holds the spotlight with Saturday’s showdown against Tennessee in a matchup of unbeaten teams.

The expectations are considerably lower for Bulldogs basketball, coming off a disastrous six-win season, as the Mike White era gets underway Monday night against Western Carolina in Athens, Ga.

Georgia went 47-75 in four seasons under coach Tom Crean, finishing no higher than 10th in the SEC. Crean was fired March 10 and three days later, White was hired after going 142-88 in seven seasons at Florida, where he won at least 20 games four times.

This season, Georgia is picked 13th in the SEC preseason poll but the good news is the return of leading scorer Kario Oquendo, a second-team preseason All-SEC pick.

“He wants to help Georgia get going,” White said of Oquendo at last month’s media day. “He wants to win, and he wants to make us a competitive program.”

The Bulldogs also added Terry Roberts, who averaged 14.5 points for Bradley last season, but he is taking some personal time away and will not play Monday.

“The right kind of kid will be attracted to what we want to do and that was huge for our staff, and I think we’ve been able to do that,” Gray said. “So I’m super-excited to see how all that comes together.”